To share your memory on the wall of Alvin Meisenheimer, sign in using one of the following options:

Funeral services will be held at 2:00 p.m., Wednesday, July 15, 2020 at the First United Methodist Church in Watertown with Reverend Marilyn Spurrell and Reverend Jen Tyler officiating. Services will be recorded and added to the website.

Visitation will be held from 5-7:00 p.m. Tuesday, July 14th at the First United Methodist Church.

Al was united in marriage with Dianna “Skip” Haase on July 7, 1957 in Watertown. He was an optician; and the couple owned and operated Al’s Archery & Black Powder.

He enjoyed his grandkids and great-grandkids, flying his plane, hunting, fishing and target archery! He helped teach at Camp Chance, BOW and Sports Fest. Al and Skip were humbled to have been inducted into the SD Archery Hall of Fame! He also enjoyed being a city councilman and was awarded for 30 years of service as City Councilman and President’s award FCE. Al was a member of First United Methodist Church, Arrow Head Archery Club, ELKS, NRA, South Dakota Archery Association and National Field Archery Association.

Receive notifications about information and event scheduling for Alvin

We encourage you to share your most beloved memories of Alvin here, so that the family and other loved ones can always see it. You can upload cherished photographs, or share your favorite stories, and can even comment on those shared by others.

South Dakota Archers Assoc, Joyce Schiralli, Quintin, Suzette and Josh Stein, and other have sent flowers to the family of Alvin E. "AL" Meisenheimer.
Show you care by sending flowers

Posted Jul 15, 2020 at 06:57pm
Sincere sympathy to you, Skip, and your family. Many good memories of Al from the optical connection we had through the eye clinic in Milbank.
Comment Share
Share via:
J(

Posted Jul 15, 2020 at 09:58am
Sandy, Skip and Family...I am so sorry for your Loss. Just want to let you know that you all are in my Thoughts and Prayers as you go through this difficult time. 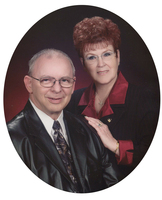