To share your memory on the wall of Arleen Larson, sign in using one of the following options:

Memorials may be designated to Lutheran Church of Our Redeemer or the donor’s choice.

Pallbearers will be her son, sons-in-law, and grandsons.


Goldie Arleen Hanson was born on January 19, 1921, in rural Hayti, South Dakota, the daughter of George E. and Agnes M. (Danielson) Hanson. Arleen attended school in Hayti and Watertown, South Dakota, graduating in 1938. Arleen was employed as a secretary at the Barton Hospital and Clinic in Watertown and Honeywell in Minneapolis, Minnesota. She married Waldemar “Bud” Larson on September 15, 1944, at Grace Lutheran Church in Watertown. Arleen was baptized and confirmed in the Lutheran faith. She was a member of Grace Lutheran Church and became a charter member of Lutheran Church of Our Redeemer in 1960.

She enjoyed being a stay-at-home mom and being involved with her children’s lives by being a Girl Scout leader, Boy Scout leader, and Sunday school teacher for many years. In the past she was a member of the Women of the Evangelical Lutheran Church of America, the Priscilla Circle, the former Watertown Adult Literacy Council, and PEO. Arleen was also a former member of the Codington County Historical Society, and a member of the Soanete Club that met monthly for over 50 years.

Receive notifications about information and event scheduling for Arleen

We encourage you to share your most beloved memories of Arleen here, so that the family and other loved ones can always see it. You can upload cherished photographs, or share your favorite stories, and can even comment on those shared by others.

Charles and Judy sent flowers to the family of Arleen Larson (Hanson).
Show you care by sending flowers

Guaranteed hand delivery by a local florist
AS

Posted Feb 14, 2019 at 09:29pm
What a wonderful lady to grow up across the street from. I remember her smile and visits well. My sincere sympathies.
Ann (Hemme) Shea
Comment Share
Share via:
HS

Flowers were purchased for the family of Arleen Larson. Send Flowers

Posted Feb 12, 2019 at 05:26pm
Dearest Arleen: Now is your time to have the church bells ring for you as your are welcomed into your heavenly home. Many blessing. The Clothiers

Flowers were purchased for the family of Arleen Larson. Send Flowers

Posted Feb 12, 2019 at 04:29pm
My condolences to WB and the entire Larson family. You are all in my thoughts and prayers.
Comment Share
Share via:
CJ

Posted Feb 12, 2019 at 03:06pm
Our thoughts and prayers are with you as is our deepest sympathy. We have so many wonderful memories of Arleen! Love, Charles and Judy

Charles and Judy purchased flowers for the family of Arleen Larson. Send Flowers 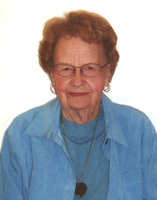