To share your memory on the wall of Arlene Pietila Gomer, sign in using one of the following options:

Provide comfort for the family of Arlene Pietila Gomer with a meaningful gesture of sympathy.

Funeral services will be at 10:30 a.m on Friday, August 30, 2019, at the Immaculate Concepti... Read More
Arlene Margaret Pietila Gomer died on Tuesday, August 20, 2019, of natural causes at Sister James Hospice Facility in Yankton, SD. She was 97.

Funeral services will be at 10:30 a.m on Friday, August 30, 2019, at the Immaculate Conception Catholic Church in Watertown with Father Richard Fox officiating. Visitation will be held one hour prior to the services at the church.

Burial will be at Olivet Cemetery, Lake Norden, SD.

Arlene M. Theisen was born on November 18, 1921, in Erwin, SD. After receiving her teaching certificate from Notre Dame in Mitchell, she taught in country schools near Esmond and Erwin, SD. After additional schooling from General Beadle College in Madison, she returned to teaching in Estelline, South Dakota, and Sheldon, WA.

In 1946, Arlene returned from Washington to marry Paul Pietila. She joined Paul on the farm east of Lake Norden. Over the next ten years, they worked hard to make a life on the farm, adding four children to the family. In 1957, the family moved to Lake Norden, where Paul owned and ran an insurance agency. Arlene returned to college and received her Bachelor of Science from General Beadle. She was hired to teach 3rd grade in Lake Norden, where she was one of the first women with young children to ever be hired to teach. She taught in Lake Norden for the next 26 years, starting each school day with the Pledge of Allegiance.
Paul died in 1984. Arlene remained active in the Lake Norden community; in 1985, she was selected Beverly Enterprise's volunteer of the year for South Dakota for her gift of time and sharing with the residents of Lake Norden Care Center.

Arlene subsequently moved to Watertown. In 1990, she married James Gomer. In 1997 after Jim died, Arlene became a regular at the Watertown Senior Center, enjoying the people and the pinochle games. In 2011, she moved to StoneyBrook Suites where she made many wonderful new friends. In December of 2016, Arlene moved to Sister James Care Center in Yankton.

"Do unto others as you would have done unto you." This was the Rule upon which Arlene based her thirty years of teaching. As new and bright eyes appeared each year in her classroom, each child became an individual worthy of love and attention. Her lesson to each child was "You are worth everything. You are unique in the whole world. There is only one person with your talents, your experiences and your gifts. No one can take your place."

We encourage you to share your most beloved memories of Arlene here, so that the family and other loved ones can always see it. You can upload cherished photographs, or share your favorite stories, and can even comment on those shared by others.

Capital One - Fraud, Karen & Karl Strauss, and others have sent flowers to the family of Arlene Margaret Pietila Gomer (Theisen).
Show you care by sending flowers

Posted Sep 03, 2019 at 01:28pm
One of my favorite things to do with my mom, Gloria Johnson, was to take her to Watertown to visit Arlene and Marie. I should have taped all the stories! The laughter of these friends continued throughout the visit. I don’t know which of the three told a better story! I can only imagine that there is more laughter in heaven. I know my mom was so lucky to have Arlene as her friend most of her adult life. My sympathy and prayers for all of Arlene’s family.
Comment Share
Share via:
LG

Posted Aug 31, 2019 at 02:18pm
Feeling so sad for you and your family, JoAnn, after seeing your FB note of you mom's passing. Our sympathy and prayers, Dean and Lynn Greenwaldt
Comment Share
Share via:
CF

Posted Aug 29, 2019 at 09:47am
Wishing you peace to bring comfort, courage to face the days ahead and loving memories to forever hold in your hearts.

Posted Aug 28, 2019 at 03:20pm
Our thoughts and prayers are with you. Heaven's band now has a very special lady and a gifted harmonica player. With love and hugs.....

Posted Aug 28, 2019 at 08:50am
Please accept our most heartfelt sympathies for your loss... Our thoughts are with you and your family during this difficult time. 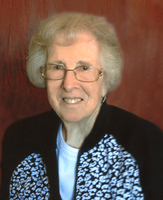 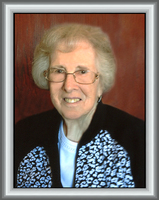 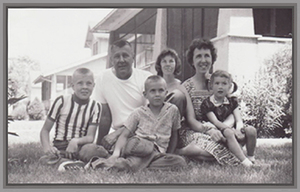 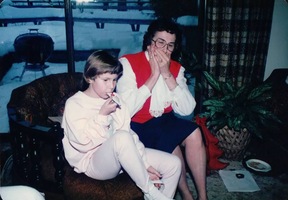