To share your memory on the wall of Brian Weyh, sign in using one of the following options:

Provide comfort for the family of Brian Weyh with a meaningful gesture of sympathy.

Funeral services will be at 1:00 p.m., Wednesday, June 12, 2019 at the Wight & Comes Funeral Chapel in Watertown with Father Daniel Smith as celebrant.

Visitation will be from 5-8 p.m., Tuesday, June 11th, with an evening celebration service at 7:00 p.m. at the funeral chapel with Pastor Mark Knight officiating.

Burial will be at 3:15 p.m., Wednesday, June 12th at the Immaculate Conception Cemetery, Waubay, SD. Military honors will be conducted by Vietnam Veterans of America of Northeast SD Chapter 1054.

Brian Francis Weyh, son of Robert and Emily (Paszek) Weyh was born on April 30, 1962 in Webster, SD. He grew up in Watertown, SD where he attended school and graduated from Watertown High School in 1980. He then attended the welding program at Lake Area Technical Institute.

On April 25, 1992 he married Lorrie Gamber in Watertown. Brian was employed at Dakota Pork in Huron for 10 years. He was then employed at McCain Foods in Clark and Dakota Pump & Control in Watertown for a short time. Brian was currently employed as a welder at Worthington Industries in Watertown. He joined the Army National Guard in 1979 and was honorably discharged after 13 years. Brian and Lorrie moved to Clark in 1998.

He was preceded in death by his parents; his daughter, Maray Weyh; his in-laws, LeRoy and Valoris Gamber; and his grandparents on both sides.

We encourage you to share your most beloved memories of Brian here, so that the family and other loved ones can always see it. You can upload cherished photographs, or share your favorite stories, and can even comment on those shared by others.

Our love-Jim and Terry, The Suddath Companies, and others have sent flowers to the family of Brian F. Weyh.
Show you care by sending flowers

Our love-Jim and Terry purchased flowers for the family of Brian Weyh. Send Flowers

Posted Jun 10, 2019 at 07:13pm
I want to thank brian for being like a dad to my son Tristan. He talked alot about fishing and hunting with Brian. I know he will be greatly missed by Tristan. Prayers to the family.
Comment Share
Share via:
TC

Posted Jun 10, 2019 at 12:38pm
Please accept our most heartfelt sympathies for your loss... Our thoughts are with you and your family during this difficult time.

The Suddath Companies purchased the The FTD Comfort Planter for the family of Brian Weyh. Send Flowers

The Gannons purchased flowers for the family of Brian Weyh. Send Flowers 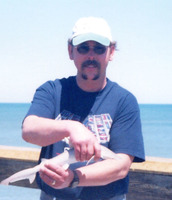 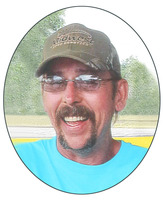