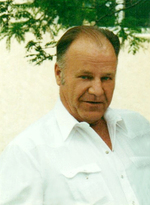 Funeral services will be at 10:30 am, Friday, December 11, 2020 at Wight & Comes Funeral Chapel in Watertown with Father John Fischer as celebrant.

Services will be recorded and added to our website when available.

Honorary pallbearers will be his home health nurses.

He was united in marriage to Marjorie Van Dyke on March 16, 1968 in Watertown, South Dakota. Carl was an over-the-road truck driver and they owned and operated C&M Trucking for many years. The couple had celebrated 39 years of marriage before Marge passed away March 25, 2007.

He was preceded in death by his parents, Carl and Alberta; his wife, Marjorie; his daughter, Deborah; and 14 siblings.