To share your memory on the wall of Cecil Kienast, sign in using one of the following options:

Provide comfort for the family of Cecil Kienast with a meaningful gesture of sympathy.

Print
Cecil Kienast, 81, of Watertown, passed away Sunday, September 22, 2019 at his residence.

Funeral mass will be 10:30 a.m., Thursday, September 26, 2019 at Immaculate Conception Catholic Church in Watertown with Father Richard Fox as cel... Read More
Cecil Kienast, 81, of Watertown, passed away Sunday, September 22, 2019 at his residence.

Funeral mass will be 10:30 a.m., Thursday, September 26, 2019 at Immaculate Conception Catholic Church in Watertown with Father Richard Fox as celebrant. Helen Gollnick will be the organist with the church funeral choir.

Interment will be at St. Mary’s Cemetery.

Cecil Lyle Kienast was born January 10, 1938 to Raymond and Mildred (Mitchell) Kienast at Estelline, South Dakota and attended country school at Hidewood District #41. Cecil moved to Watertown in 1953. After serving with the United States Army he worked for Bernie’s Auto Sales in Watertown, Burton’s Chevrolet in Hayti, East Park and Plaza Theatres in Watertown and then was employed at Sharp’s Chevrolet for 32 years.

Cecil married Barbara Endres on May 30, 1964 at Immaculate Conception Church in Watertown.

After retiring from Sharp’s, Cecil enjoyed his farming time with Leo Kannas; as well as, helping anyone needing something fixed. Cecil was more than happy to be of service!

Cecil was a member of Immaculate Conception Church. He served as loan officer for the Sioux Valley Co-op Federal Credit Union for many years.

He was preceded in death by his parents; and an infant sister, Donna.

We encourage you to share your most beloved memories of Cecil here, so that the family and other loved ones can always see it. You can upload cherished photographs, or share your favorite stories, and can even comment on those shared by others.

The Braaten's Brian, Kay and Jordan sent flowers to the family of Cecil Lyle Kienast.
Show you care by sending flowers

The Braaten's Brian, Kay and Jordan

Posted Sep 25, 2019 at 07:17pm
Wishing you peace to bring comfort, courage to face the days ahead and loving memories to forever hold in your hearts.

The Braaten's Brian, Kay and Jordan purchased flowers for the family of Cecil Kienast. Send Flowers

Posted Sep 24, 2019 at 02:54pm
We will always remember Cecil as a devoted family man and husband. His kindness and smile were contagious. Cherish your memories, Barb and family. I am sure you have many. Our thoughts and prayers are with you. Donna and Maynard
Comment Share
Share via: 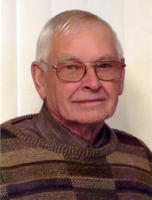 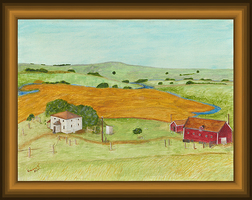 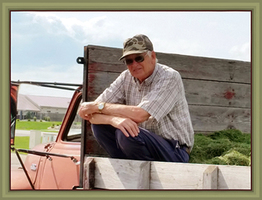