To share your memory on the wall of Cliff Kannegieter, sign in using one of the following options:

Provide comfort for the family of Cliff Kannegieter with a meaningful gesture of sympathy.

Funeral services will be 10:30 am, Saturday, January 18, 2020 at the First United Methodist Church... Read More
Clifford “Cliff” Dale Kannegieter, age 80 of Watertown, SD, passed away peacefully on January 13, 2020 at his home in Gold Canyon, AZ.

Funeral services will be 10:30 am, Saturday, January 18, 2020 at the First United Methodist Church in Watertown, SD.

Burial will be at a later date with military honors at the Collins Cemetery in Willow Lake, SD.

Cliff was a member of the First United Methodist Church in Watertown and Gold Canyon United Methodist Church in Gold Canyon. He was also a member of the Lions Club. He was a man of many talents, from playing piano and banjo by ear, singing in barbershop quartets, crafting stained glass art pieces, as well as building a boat and a one-of-a-kind wooden car.

Cliff expressed over his life how blessed he was to be able to pursue his life’s passion of farming and enjoyed taking drives to look at crops and talk to neighbors until his last days. He and Carol enjoyed many travels over the years, and he was grateful to have seen the world.

We encourage you to share your most beloved memories of Cliff here, so that the family and other loved ones can always see it. You can upload cherished photographs, or share your favorite stories, and can even comment on those shared by others.

Huon and June Newburg sent flowers to the family of Cliff Kannegieter.
Show you care by sending flowers

Posted Jan 16, 2020 at 01:32pm
Rich and family, Please accept our most heartfelt sympathies for your loss... Our thoughts are with you and your family during this difficult time.

Flowers were purchased for the family of Cliff Kannegieter. Send Flowers

Posted Jan 15, 2020 at 01:37pm
Please accept our most heartfelt sympathies for your loss... Our thoughts are with you and your family during this difficult time.

Flowers were purchased for the family of Cliff Kannegieter. Send Flowers 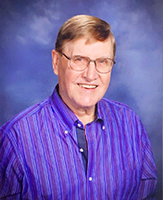