To share your memory on the wall of Colleen Vavruska, sign in using one of the following options:

Visitation will be 4-7:00 p.m., with a scripture service at 6:30 p.m. followed by a rosary, Friday, September 11th at Immaculate Conception Catholic Church.

Interment will be at St. Leo’s Catholic Cemetery.

Honorary Pallbearers will be the Serra Club.

In lieu of flowers memorials may be designated to the Serra Club, I/C of Immaculate Conception Catholic Church.


Colleen Kay Vavruska was born November 9, 1953 to Melvin and Nancy Jane (Hovorka) Giedd in Tyndall, SD. She attended country schools near Avon, SD and graduated in 1972 from Tyndall High School. She worked in the restaurant business for a short time before marrying Ernie. Colleen and Ernest R. Vavruska were united in marriage on July 14, 1973 at St. Leo’s Catholic Church in Tyndall. The couple lived in Yankton where Colleen was employed at Sunshine Restaurant. In 1975 they moved to Mitchell and she continued to work at Sunshine. They then moved to Watertown in 1978 where Colleen worked as kitchen manager at various restaurants. Following the births of their own three kids, Colleen began an in-home day care which she ran for over 16 years.

Colleen’s greatest joys in life were her family, her faith and the joy she felt in helping others. Her favorite spot in the house was the kitchen, whether it was by herself, with her grandkids or anyone that stopped by. She also cherished her time spent in the church chapel.

Colleen was a member of Immaculate Conception Catholic Church. The church was a family to her.

She was preceded in death by her parents; and her father-in-law, Ernest E. Vavruska.
Read Less

Receive notifications about information and event scheduling for Colleen

We encourage you to share your most beloved memories of Colleen here, so that the family and other loved ones can always see it. You can upload cherished photographs, or share your favorite stories, and can even comment on those shared by others.

Todd and Molly Meester Family sent flowers to the family of Colleen K. Vavruska.
Show you care by sending flowers

Posted Sep 12, 2020 at 11:27pm
Sending all my love to Ernie and family during this impossible time. Colleen was one in a million and her memory and love will live on in my heart for the rest of my life.
Elizabeth “Betsy Nelson” Fischer 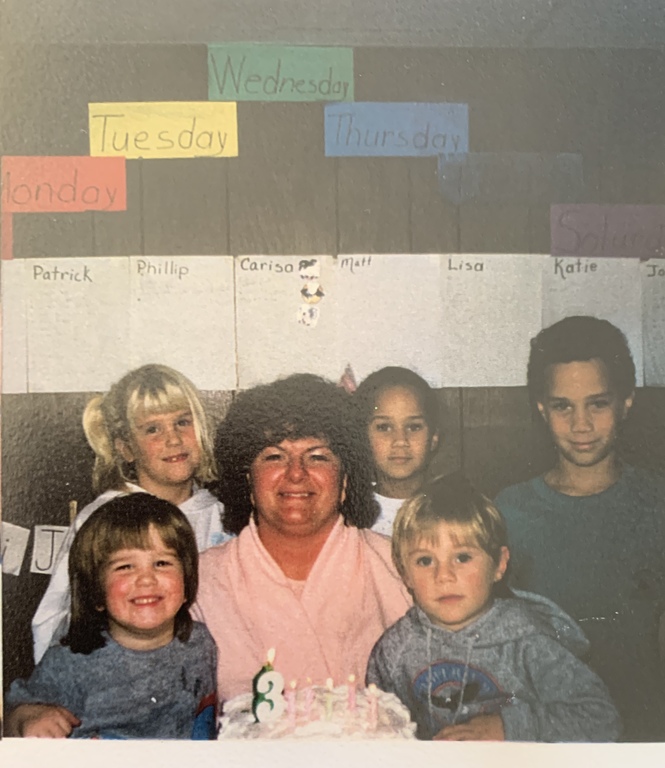 Posted Sep 12, 2020 at 09:26am
Condolences to Ernie and the Vavruska and Geidd families. Colleen was always such a positive person and personal.
Roger and Sheila Hisek
Tyndall , South Dakota
Comment Share
Share via:
SK

Posted Sep 11, 2020 at 06:09pm
Ernie and family;
My deepest sympathy in your loss. Colleen babysat for me and my brother, Richard, when she was in high school. She was always so kind. Although I didn’t get to see Colleen much after you moved to Watertown, I always enjoyed visiting with her at the Hovorka get togethers—her sweet smile and kind and caring attitude are something I will always remember. I’m sure she and her mom are laughing together and watching over all of you. May she Rest In Peace.
Comment Share
Share via:
JL

Posted Sep 11, 2020 at 05:51pm
The most beloved memory of Colleen was when I had moved to Watertown for a new job and Colleen and Ernie were the only people I knew, it wasn't until I had a car accident that I realized how lucky I was to have them. Colleen took care of me in their home until I was able to go back to my apartment, I will never forget her love and kindness. I am very fortunate that Colleen stopped to see me on one of their trips to Tyndall, I still can't believe that she is gone. I read that "God's angels care for, protect, and guide God's people, frequently intervening or bringing messages to people from God." This was Colleen in life and she will continue to be in spirit. Love you Colleen!
Jane Larson
Comment Share
Share via:
GY

Posted Sep 11, 2020 at 05:24pm
Colleen, as well as Ernie and their family, was part of Young's fastpitch teams for many years. We spent a lot of league nights and tournaments together over the years. Trips, concession stands, and a few parties brought a lot of smiles and memories made.

Although we did not see each other as much in recent years, everyone gets busy with kids, grandkids, and life, Colleen was still a friend that had a big smile when our paths crossed at church, school, or a store. A good person who gave a lot to those around her as well as IC School and church.

Colleen, you left to early but you made an impact on our family....as a friend, a giver, and a babysitter. RIP 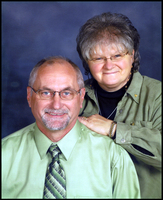 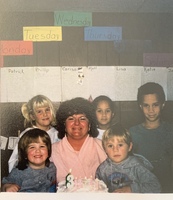