To share your memory on the wall of Dale Buetow, sign in using one of the following options:

Private family services will be on Monday, September 28, 2020 at Holy Name of Jesus Catholic Church in Watertown with Father John Fischer and Father Jerome Holtzman officiating. Mask use is suggested.
Becky Lubbers will be the song leader accompanied by Donna Williams.

Burial will be at St. Mary's Cemetery, Watertown, SD. Military honors will be conducted by Codington County Post 17 of the American Legion in Watertown and U.S. Navy Funeral Honors.

Dale Ewald Buetow, son of Ewald and Hilda (Boeder) Buetow was born in Wright, MN on June 16, 1933. At the age of six he moved with his family to Watertown, SD, where he attended school and farmed with his father.

On January 7, 1956 he married Arlene Sturm at Holy Name Catholic Church. Together they raised seven children, Julie, Lorrie, Mary Jo, Lisa, Michael, Gary and Michelle. On March 7, 1956, Dale entered the United States Navy and served in the Pacific near Pearl Harbor. He was honorably discharged from his military service on February 4, 1957. He served with the South Dakota National Guard for two years. Dale worked at various grain elevators and worked for Watertown Coop Elevator for over 30 years.

He loved taking his kids fishing, ball games and playing cards. After Dale retired, he had coffee every morning with his coffee friends. He enjoyed watching the Minnesota Twins but his favorite #1 team was the San Diego Padres as he cheered for his grandson.

He was preceded in death by his parents, Ewald and Hilda Buetow; and his parents-in-law, Albert and Frances Sturm.

Receive notifications about information and event scheduling for Dale

We encourage you to share your most beloved memories of Dale here, so that the family and other loved ones can always see it. You can upload cherished photographs, or share your favorite stories, and can even comment on those shared by others.

Posted Sep 26, 2020 at 12:24pm
Wishing I could be there more than anything ~ so grateful for the beautiful life, marriage, & family created by you & Grandpa. All the love to you.

Posted Sep 25, 2020 at 10:39am
You have my sympathy. Dale was a Great guy. I always enjoyed visiting with him, he was always smiling.
Comment Share
Share via:
AS

Posted Sep 23, 2020 at 11:16pm
Deepest sympathy to all of you! He loved talking about all of you when we would visit at family gatherings!! He was a very special guy and will be greatly missed by so many! May God comfort you during this very difficult time! Hugs!
Comment Share
Share via:
SS

Posted Sep 23, 2020 at 11:10pm
I am So Sorry too All of Dale's Family. Enjoyed family stories he told me. He definitely will be missed. Sending my Love too you all.
Comment Share
Share via: 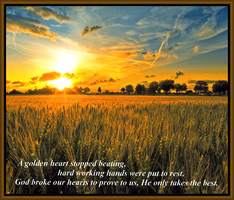 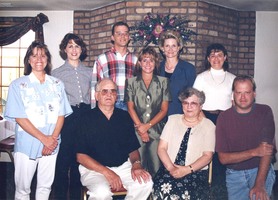