To share your memory on the wall of Daniel Bendel, sign in using one of the following options:

Provide comfort for the family of Daniel Bendel with a meaningful gesture of sympathy.

Funeral services will be 2:00 p.m., Tuesday, June 18, 2019 at Grace Lutheran Church in Watertown. Pastor Jarod Jordon and Pastor Carl VanVoorst will officiate with Jack Lundquist on the bagpipes and special pre-recorded music.

Honorary Pallbearers will be all of the grandchildren.

Daniel Lawrence Bendel was born December 25, 1962 in Madison, Minnesota to Alfred L. and Barbara (Hogan) Bendel. He lived in Canby, Minnesota until the age of nine when the family moved to Watertown, South Dakota. Dan attended school at Watertown High School until 1982.

He joined the United States Army and Army National Guard where he served his country and was honorably discharged.

Dan married Teresa Pletten on April 29, 2017 in Watertown. Dan was employed by Terex and then later as a welder at Macksteel in Watertown.

He enjoyed refurbishing guitars, playing music with his friends and riding his motorcycle with his wife by his side.

We encourage you to share your most beloved memories of Daniel here, so that the family and other loved ones can always see it. You can upload cherished photographs, or share your favorite stories, and can even comment on those shared by others.

CHRIS KELLIHER and Tyler Engen have sent flowers to the family of Daniel Lawrence Bendel.
Show you care by sending flowers

Posted Jun 17, 2019 at 02:14pm
Sorry for your Families loss, and the loss of a great soldier. My Heartfelt condolences.

Flowers were purchased for the family of Daniel Bendel. Send Flowers

Flowers were purchased for the family of Daniel Bendel. Send Flowers 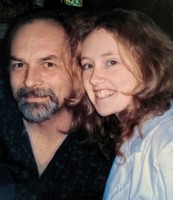 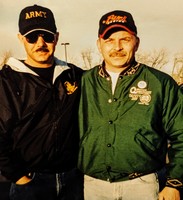