To share your memory on the wall of Delores Forman Roberts, sign in using one of the following options:

Provide comfort for the family of Delores Forman Roberts with a meaningful gesture of sympathy.

Private family services will be at the Wight & Comes Funeral Chapel in Watertown with Pastor Cheryl Rondeau-Bassett officiating. A Memorial service will be held at a later date.

Delores Ethel Adolphsen was born on June 23, 1930 in Sioux Falls, SD. She lived in South Shore on the family farm until marrying Glenn Forman on January 10, 1947 in South Shore. They had five children, Carol, Michael, Darwin, Mark and Kimberly. They lived in South Shore and Igloo, SD before moving to Watertown where she resided until the last few years when she lived in Nebraska. Glenn passed away March 9, 1981.

Delores married Dale Roberts at Grace Lutheran Church in Watertown on August 28, 1982. Dale passed away December 26, 2010. For many years Delores worked at Memorial Hospital as a Ward Clerk and later as daycare provider for many wonderful children.

Delores was an active bowler. She bowled on a ladies bowling league on Thursday evenings sponsored by the Eagles as well as a mixed double league on Saturday evenings at Tommy’s Lanes.
Her interests also included music as well as dancing, playing cards, reading and Bingo at the Senior Center.

Receive notifications about information and event scheduling for Delores

We encourage you to share your most beloved memories of Delores here, so that the family and other loved ones can always see it. You can upload cherished photographs, or share your favorite stories, and can even comment on those shared by others.

Your Friends at BQ sent flowers to the family of Delores E. Forman Roberts.
Show you care by sending flowers

Posted Apr 15, 2020 at 06:08pm
I worked with Delores at Memorial Hospital so many years ago in Watertown. What a great lady.
Comment Share
Share via:
YB

Your Friends at BQ

Your Friends at BQ purchased flowers and planted a memorial tree for the family of Delores Forman Roberts. Send Flowers

Posted Apr 08, 2020 at 02:23am
Oh sweet Aunt Delores. How sad I am at your passing. You and Uncle Dale were always so good to Dan and i. I loved stopping for coffee on our way out of town to head back to the cities after our visits there in Watertown. Even after Uncle Dales passing we loved seeing you at the Senior center or at Hy-Vee. Give kisses to my mom, Donna Jean, when you get there and don't forget to tell all the others how much they are missed. Thank you for you cards and your kind words through the years. Rest in peace sweet one.
Comment Share
Share via: 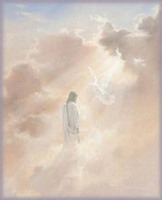 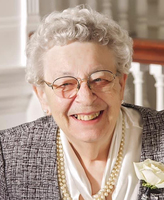