To share your memory on the wall of Delores Meyer, sign in using one of the following options:

Provide comfort for the family of Delores Meyer with a meaningful gesture of sympathy.

Funeral mass will be at 10:30 a.m., Tuesday, April 23, 2019 at the Immaculate Conception Catholic Church in Watertown with Father Paul Rutten officiating. Becky Lubbers will be the soloist accompanied by Danielle Holmquist-Holida.

Interment will be in St. Mary's Cemetery in Watertown.

Delores Elaine Babb Meyer was born to David and Louise (Lameyer) Babb on August 28, 1931 on a farm near Wilmot, SD. She attended country grade school and graduated from Wilmot High School in 1949. Following her graduation, Delores went to work for Nash Finch in Watertown for awhile and then worked at the Elite Cafe.

On August 24, 1950 she married Theodore "Ted" Meyer at the Immaculate Conception Catholic Church in Watertown. Ted was in the National Guards and was mobilized to Colorado in September of that year. The couple lived there for several months and Delores worked at a cafe. When Ted was deployed to Germany, Delores returned to Wilmot and lived with her parents for a year. During that time, their first daughter, Connie was born in Milbank.

When Ted returned from his military service in 1952, Ted and his family lived in Watertown where he went back to his job at Swift & Co while Delores was a homemaker for several years. She then returned to work part-time at another cafe. In 1964 after Doug was born she started working full time at the Royal Cafe and then at Leo's Good Food.

Delores and Ted bought the Inn Cafe and owned the business from 1972-1980. In 1981 Delores started working at the Office Bar as a cook and worked there for almost 20 years until they closed. She then went to work as a cook for in the Watertown School District at Lincoln School for three hours a day.

She was a member and greeter at the Immaculate Conception Church, and a member of the Eagles Auxiliary, and V.F.W. and American Legion Auxiliary.

She was preceded in death by her parents and her husband, Ted.

We encourage you to share your most beloved memories of Delores here, so that the family and other loved ones can always see it. You can upload cherished photographs, or share your favorite stories, and can even comment on those shared by others.

The Flynn Family and Tony Bynum have sent flowers to the family of Delores Elaine Meyer.
Show you care by sending flowers

Flowers were purchased for the family of Delores Meyer. Send Flowers

The FTD Living Spirit Dishgarden was purchased for the family of Delores Meyer. Send Flowers

Flowers were purchased for the family of Delores Meyer. Send Flowers

Posted Apr 21, 2019 at 08:41pm
With love and heartfelt sympathies from your family in Texas

The Flynn Family purchased flowers for the family of Delores Meyer. Send Flowers

Posted Apr 19, 2019 at 06:49pm
Please accept our most heartfelt sympathies for your loss... Our thoughts are with you and your family during this difficult time. 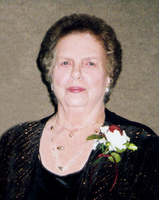 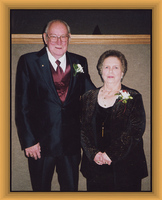