To share your memory on the wall of Dennis Schulz, sign in using one of the following options:

Funeral mass will be 11:00 am, Wednesday, October 7, 2020 at Holy Name of Jesus Catholi... Read More
Dennis Schulz, age 73, passed away, following a brief illness surrounded by his beloved family, on Wednesday, September 30, 2020 in Sioux Falls, SD.

Funeral mass will be 11:00 am, Wednesday, October 7, 2020 at Holy Name of Jesus Catholic Church in Watertown with Father Fischer as celebrant. Music by Jesse Urevig and Laura Atwood. Service will be recorded and posted on this website.

Military honors will be at the church conducted by the American Legion Post 17 in Watertown and the SD National Guard Honors Team.

Interment will be at a later date.

Dennis Dean Schulz was born February 4, 1947 to Leonard and Maxine (Swenson) Schulz in Sisseton, SD. He was raised on a farm west of Sisseton and attended country school graduating from Sisseton High School in 1965. After high school Dennis joined the National Guard reserve and did his training in Alaska. He moved to Minneapolis, MN. where he worked as a Warehouse Manager for NAPA and was a proud member of the Musicians Union.

On February 14, 1968 Dennis married Gail Simon. Three daughters were born of this marriage. Tonia, Becky and Regena. They later moved to Sisseton and Peever area where they made their home.

It was at a young age Dennis realized his love for music. One of his greatest accomplishments was teaching himself how to play the accordion. He played guitar, tuba, and piano but his greatest instrument was his voice and was known for his singing. In High School he and his brothers organized two bands, one, old time music and the other rock 'n roll. Through the years he played with various groups.

Dennis had many business ventures including, owning Miracle Water, Schulz Water Products, Schulz Laundromat, Country Video, Dennis Schulz Insurance Inc., and most recently Center of the Universe Antiques. He also worked as General Manager of KBWS radio station and at the Wilmot State Bank in the Insurance Dept. He loved sales and people but never quit being a farm boy. He always had a garden, various livestock and many tractors.

On October 24, 2009 he married the love of his life, Valerie Opitz. Together they enjoyed traveling, visiting friends and family and collecting treasures.

He is preceded in death by both his parents, his sister Pam Tschetter, a sister-in-law, Deborah Schulz and a grandchild, Kyrie Kranz.
Read Less

Receive notifications about information and event scheduling for Dennis

We encourage you to share your most beloved memories of Dennis here, so that the family and other loved ones can always see it. You can upload cherished photographs, or share your favorite stories, and can even comment on those shared by others.

With love, Brian and Peper Opitz, Traci Tschetter Sagmiller, and other have sent flowers to the family of Dennis Schulz.
Show you care by sending flowers

Posted Oct 07, 2020 at 02:02am
Tonia & Becky, I was so shocked to see that your Dad had passed. I always thought so highly of him and he was always willing to talk insurance things over. Even tho the conversations led to more pleasant & fun family doings!! I will always remember his time with the insurance agency & coming to visit your offices. I won't make it to the funeral due to grandkids being here, but will watch the online service. I will be thinking of you and keeping Dennis & all your family in my prayers! Love & Deepest Sympathy, Nadine Nielsen
Comment Share
Share via:
BK

With love, Brian and Peper Opitz

Posted Oct 06, 2020 at 03:02pm
Please know our deepest sympathies and prayers are with Dennis and Val and all of his family.

With love, Brian and Peper Opitz purchased flowers for the family of Dennis Schulz. Send Flowers

Posted Oct 05, 2020 at 08:40pm
My sincere condolences to our whole family. I love Dennis dearly and will always miss him. I wish I could be there to hug you all.

Flowers were purchased for the family of Dennis Schulz. Send Flowers 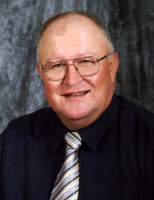 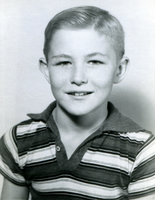 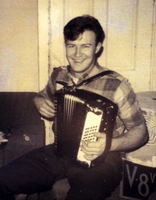