To share your memory on the wall of Donald Fassler, sign in using one of the following options:

Provide comfort for the family of Donald Fassler with a meaningful gesture of sympathy.

Funeral services will be 1:30 p.m., Monday, June 10, 2019 at St. Martin’s Lutheran Church in Watertown. Reverend John Carter will officiate with Carol Janke as the organist.

Interment will be at Mt. Hope Cemetery in Watertown. Military Honors will be conducted by Codington County Post 17 of the American Legion and SD Army National Guard Funeral Honors Team of Watertown.

Donald “Don” Kenneth Fassler was born on November 25, 1931 on a farm near Aurelia, Iowa, to Julius and Bertha (Pietz) Fassler. He attended school at Aurelia and in 1942 the family moved to Linn Grove, Iowa, where Don graduated from high school in 1950. Don married Marlene Hale of Peterson, Iowa on October 7, 1953. He entered the United States Army in 1953 and had served in Korea for 15 months. Don served until 1955 when he was honorably discharged. Upon returning home, the couple farmed for two years. Don attended Buena Vista College in Storm Lake, Iowa and graduated in 1960 with a B.A. degree in Business Administration and Economics. Upon graduation he worked for J.C. Penney in Storm Lake until 1966. He then managed the Sears Roebuck Catalog in Storm Lake and then in 1967 Don was transferred to Watertown, South Dakota where he managed the store until the catalog operation closed in 1984. Don was employed by Fleet Wholesale and Country General until he retired in 1995.

Don was a member of St. Martin’s Lutheran Church and former member of the American Legion.

He enjoyed being with his beloved wife, his family, and helping out neighbors and friends. He also enjoyed ice fishing, gardening and yard work.

He was preceded in everlasting life by his parents, Julius and Bertha; his brothers, Herbert, Melvin and Harold; a sister, Gladys; his grandchild, Michael Hallauer; and family members, Ashlyn Buelow, James “Noopy” Cram and Bill Krause.

Jen, Mike & Sammie Johns, Randy Cockrell, and others have sent flowers to the family of Donald Kenneth "Don" Fassler.
Show you care by sending flowers

Posted Jun 11, 2019 at 08:54pm
Don was one of a kind. Anytime I was home to see my parents, he always stopped to say hello and catch up with what us kids were up too. Like anyone that had the honor of knowing him, his smile will never be forgotten.
Wanda and Dennis, my thoughts are with you.

Posted Jun 09, 2019 at 07:23pm
Dennis, our sincere sympathies to you and your wife, Jessie, at the passing of your father. Losing a parent is always tough, with all the fond memories a child has of their parent(s). Your grief will ease over time, and you will carry those memories with you, as they come to the forefront of your mind when you're especially missing your Dad. My thoughts and prayers are with you and the whole family now, & I pray that you can find peace in your grief.

Posted Jun 09, 2019 at 05:57pm
Praying for all who know and love Donald. May you feel the comfort, peace and love of our Lord. Blessings and sympathy,

Posted Jun 09, 2019 at 03:03pm
Thinking of you all! Great Uncle Don will be missed by many. I have many memories of family get togethers at great Grandpa Julius house. If we could only turn back the clock for just a few minutes of the special moments! Love to you all! Love Kris Fassler Moon❤
Comment Share
Share via:
RC 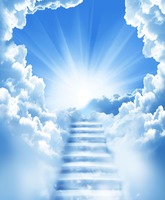 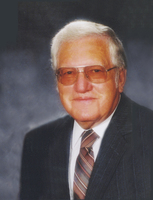 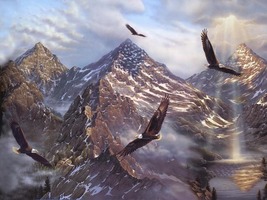