To share your memory on the wall of Donna Anderson, sign in using one of the following options:

Private family services will be Tuesday, May 19, 2020 at Wight & Comes Funeral Chapel in Watertown (with a video on our website to follo... Read More
Donna L Anderson, age 89, of Watertown and formerly of Hayti, SD passed away Thursday, May 14, 2020.

Private family services will be Tuesday, May 19, 2020 at Wight & Comes Funeral Chapel in Watertown (with a video on our website to follow as soon as possible). Father Richard Baumberger will officiate.

Burial will be at St. Peter's Cemetery near Grover, SD.

Donna Louise (Namken) Anderson was born March 2, 1931 in Sioux Falls, South Dakota to Otto Dedrick and Ellen Margaret (McGuire) Namken. She grew up in Hayti, South Dakota and graduated from Hayti High School. Donna was united in marriage with Arnold J. Anderson on October 20, 1951 at St. Francis DeSales Church in Estelline, South Dakota. The couple farmed and raised their family west of Hayti on their family farm. Donna owned and operated Donna’s Café in Hazel, South Dakota during the late 1980’s. She also worked in the food service department at Hamlin High School for a number of years as well as Pheasant Lanes Restaurant in Hayti.

Donna was a member of Catholic Daughters of America, a lifetime member of St. Peters Catholic Church in Grover until it closed, and she was currently a member of Immaculate Conception Church in Watertown. She was also a member of Homemakers Extension Club.

Donna enjoyed raising chickens and selling eggs while on the farm. She also raised and sold many canaries over the years. The couple was on the farm for 51 years before moving to Watertown in 2009. Donna also enjoyed square dancing, bowling league, Bingo and playing cards. She was a big fan of country music. Donna thoroughly enjoyed baking and she was very good at it. Her deep dark chocolate cake will be missed by all!

Receive notifications about information and event scheduling for Donna

We encourage you to share your most beloved memories of Donna here, so that the family and other loved ones can always see it. You can upload cherished photographs, or share your favorite stories, and can even comment on those shared by others.

Posted May 17, 2020 at 06:31pm
I am so sorry to hear about your mom/grandma. Our thoughts and prayers are with you. May you find peace in the memories you have of her.
Comment Share
Share via:
JS

Posted May 16, 2020 at 10:45am
The Raven Test Team sends their thoughts and prayers during your time of loss. 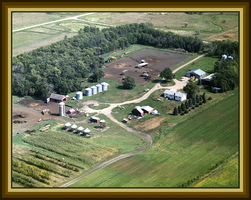 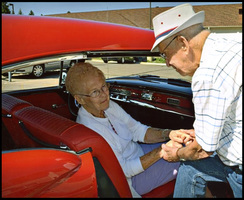