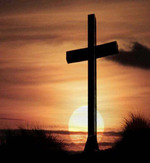 As a young man, Doug attended school in Hecla, SD and graduated with the class of 1979. After graduation, Doug served in the United States Army and was stationed in Germany during his service. He worked various jobs after his military tenure. In his later years, Doug suffered from mental illness and spent the past several years in the State Hospital in Yankton, SD.

Douglas is survived by his father, William Finley, his brother, David Finley (Connie) and his two sisters, Susan Doyle (Harley) and Deb Kohnen (Keith) and their families.

Doug was preceded in death by his grandparents, his sister, Sharon Kerkhove and his mother, Marjorie Finley.

At Douglas' request, there will be no funeral services.