To share your memory on the wall of Dr. Terry Seeman, sign in using one of the following options:

Provide comfort for the family of Dr. Terry Seeman with a meaningful gesture of sympathy.

*** ATTENTION PLEASE: The family is requesting no flowers. Memorials may be directed, in Terry’s name, to the Lake Area Zoological Society, P.O. Box 484, Watertown, SD 57201.

Terry was born on May 27, 1956 to Milton and ArDette (Lunning) Seeman in Sioux Falls, SD. Terry enjoyed his days as a boy playing with friends growing up in Jasper, MN. The family moved to Mound, MN where Terry excelled in school and athletics, receiving several awards and playing for the Mound Westonka basketball team. Terry earned a basketball scholarship to Mankato State College, now Minnesota State University, where he played for four years for the Mankato Mavericks. Terry graduated with honors with a BA in Chemistry in 1978.

Terry and Lori Hary had met in college and were married in August 1979. The couple moved to Minneapolis where he attended the University of Minnesota Medical School. Their sons, Jeremy and Jason, were born in Minneapolis in 1982 and 1983, respectively. In 1983, Terry graduated from the U of M and the family relocated to Springfield, IL where he was accepted into the orthopedic residency program at Southern Illinois University School of Medicine. Their third son, Ryan, was born in 1985. Terry completed his residency in orthopedics in 1988. The family then moved to Watertown, SD to join Dr. Robert Suga at Northeast Orthopedic Center. He worked as an orthopedic surgeon until his retirement in 2016.

Terry loved to hunt, and he was known to give “discounts” to farmers if he could bring his brother, Scott, brothers-in-law, and close friends out to hunt. More than anything, Terry loved his boys. He taught them to play golf, baseball and basketball. He taught them how to hunt and ski. He attended as many of their activities as his schedule would allow, always making the effort to cheer his boys on. Terry loved to take them to Minnesota Vikings and Twins games, and they are avid fans to this day. Terry’s favorite family vacation was skiing in Vail, CO. He loved the mountains, the fresh air, and skiing. He also loved living on Lake Kampeska, and had all the toys his boys could ask for.

Terry was a very generous person. He donated to many of his favorite causes, including the Boys and Girls Club and Lake Area Zoological Society. He also had a great sense of humor and enjoyed making people laugh. He was an excellent surgeon and cared deeply for his patients, especially the children.

Terry was preceded in death by his father, Milton Seeman.
Read Less

We encourage you to share your most beloved memories of Dr. Terry here, so that the family and other loved ones can always see it. You can upload cherished photographs, or share your favorite stories, and can even comment on those shared by others.

Posted Sep 16, 2019 at 04:26pm
To my cousins, Jeremy, Jason, and Ryan, I am very sorry for your loss. You're in my thoughts through this difficult time.
Sincerely,
Michelle DeVine Fanum & Family
Comment Share
Share via:

Posted Sep 10, 2019 at 01:36pm
My condolences and wish for comfort to Dr. Terry's mother, siblings and family during this time of loss. May God bless you with healing and fond memories.
Terry and I became fast friends in seventh grade and played football, basketball and baseball together through our senior year of high school, also sharing our junior and senior years of college together at Mankato State.
Terry is one of the nicest people I've ever known and we had a lot of fun together. Even though we hadn't seen each other in the last ten years or so, I will miss him very much.
Blake Verville
Comment Share
Share via:
PS

Posted Sep 10, 2019 at 12:29pm
Went to school with Terry from 6th grade through graduation. He was always so very nice. He will be missed. So sorry for your loss.
Comment Share
Share via:
DB

Posted Sep 09, 2019 at 07:16pm
Went to school with Terry from the time he and his family moved to Mound until we all graduated. Lots of time on the football field with Terry. Wonderful person and family. I am shocked. We lose Joe Zucarro and Terry in the same year. Way to soon. I will have a beer with you all on the other side brothers. You are missed. David Butterfield and Mary Kay Engstrand Butterfield.
Comment Share
Share via:
TM

Posted Sep 08, 2019 at 02:32pm
I am so sorry to hear of your loss. I attended Mankato State with Terry, always the nicest guy, he would do anything for others!
Comment Share
Share via: 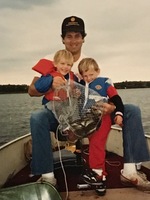 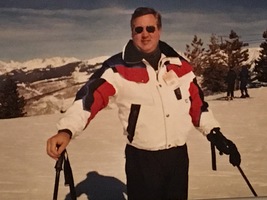 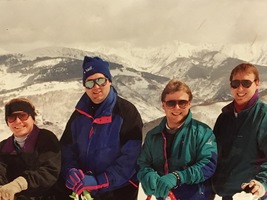