To share your memory on the wall of Duane Woods, sign in using one of the following options:

Military Honors will be conducted by SD Navy Funeral Honors Team with Vietnam Veterans of America of NE SD Chapter 1054.

Pallbearers will be Tom and Bill Woods, Tom, Eric and Aaron Borns and John Wookey.

Duane Willard Woods was born on September 10, 1947 to George and Muriel (Barber) Woods in DeSmet, South Dakota. He grew up at Lake Preston, Henry and Garden City, South Dakota, graduating from Garden City. He enlisted in the United States Navy on January 5, 1967 and was honorably discharged on October 28, 1970. He re-enlisted into the Naval Reserves from 1973 to 1980.

Woody was united in marriage to Linda Borns on January 29, 1971 at St. Paul’s Lutheran Church in Henry. The couple raised their three children, Troy, Jason and Tracie in Watertown, South Dakota. Woody was a truck driver employed at Harms Oil Company for 32 years. Then he worked at Stromseth Construction and Clausen Construction.

He always enjoyed his coffee with his coffee friends and Woody loved to talk. He also loved spending time with his grandkids who were his pride and Woody would go out of his way to help them with anything.

He was preceded in death by his parents, George and Muriel Woods; his brother, LeRoy Woods; his parents-in-law, Virgil Sr. and Donna Borns; and his sister-in-law, Mickie Woods.

We encourage you to share your most beloved memories of Duane here, so that the family and other loved ones can always see it. You can upload cherished photographs, or share your favorite stories, and can even comment on those shared by others.

Posted Feb 20, 2020 at 07:03pm
Sorry to hear of Woody's passing, he was a kind and thoughtful person. We had many great trips together to different race tracks and he helped out a lot. Our condolences. Hiene & LaVonne
Comment Share
Share via:
HJ

Posted Feb 18, 2020 at 11:36am
We are so sorry to hear of Woody's passing. We were neighbors for many years on Broadway and Maple - he was a great neighbor. We are praying for comfort during this sad time. We will be out of town for his funeral and are sorry to be missing this. Please know that you are all in our every thought and prayer. God bless your family! Melanie and Rich Schmidt - old neighbors.
Comment Share
Share via:

Posted Feb 18, 2020 at 11:27am
So sorry to hear of Woody’s passing. Our family has fond memories of him and how much fun mom and Scotty had with you guys.
Comment Share
Share via: 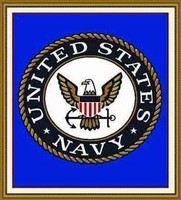 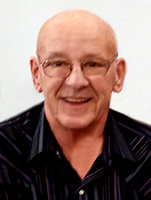 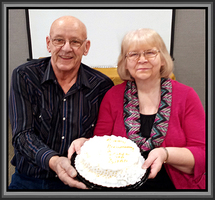