To share your memory on the wall of Dwayne Blocker, sign in using one of the following options:

Print
Dwayne A. Blocker, 93, of Watertown, SD, passed away on Thursday, September 19, 2019 at Jenkins Living Center.

Funeral services will be at 10:30 a.m., Monday, September 23, 2019 at Lutheran Church of Our Redeemer with Pastor Dan Ofstehag... Read More
Dwayne A. Blocker, 93, of Watertown, SD, passed away on Thursday, September 19, 2019 at Jenkins Living Center.

Funeral services will be at 10:30 a.m., Monday, September 23, 2019 at Lutheran Church of Our Redeemer with Pastor Dan Ofstehage officiating. Mike Morgan will be the soloist accompanied by A.J. Sherrill.

Visitation will be from 6-8 p.m. on Sunday, September 22nd at the Wight & Comes Funeral Chapel in Watertown.

Burial will be at Mount Hope Cemetery, Watertown, SD. Military Honors will be conducted by Codington County Post 17 of the American Legion and SD Army National Guard Funeral Honors Team of Watertown.

Dwayne Awdrey Blocker was born on May 20, 1926 to Awdrey and Pearl (Gray) Blocker in Mitchell, SD. He grew up in Watertown and attended school through the 11th grade. He entered the United States Army in 1944 at the age of 17 and served with the 87th Infantry Division in Germany during World War II. Dwayne obtained his GED while serving in the Army. He was honorably discharged in 1946.

On June 21, 1947 he married Marian LaVonne Hanson at Grace Lutheran Church in Watertown. Dwayne was superintendent for Cretex-SD Concrete Products in Watertown for over 40 years and retired at the age of 62. His beloved wife, Marian passed away on March 7, 1995.

Dwayne was a member of the VFW, American Legion, Watertown Elks Lodge and Jeans and Janes Square Dancing Club. He enjoyed hunting, polishing rocks to make jewelry, antiques and restoring old furniture. Dwayne also enjoyed having coffee with his coffee group and was the last surviving member. He loved living at the lake where he enjoyed boating and fishing. After his retirement, Dwayne spent many hours tinkering in his garage.

He was preceded in death by his parents; his wife Marian; his sister and brother-in-law, Marilyn (Bob) Dwyer; one brother, Roger Blocker; two grandchildren; and one niece and three nephews.
Read Less

Receive notifications about information and event scheduling for Dwayne

We encourage you to share your most beloved memories of Dwayne here, so that the family and other loved ones can always see it. You can upload cherished photographs, or share your favorite stories, and can even comment on those shared by others.

Posted Sep 29, 2019 at 07:30pm
Our thoughts and prayers are with you all during this difficult time. Deepest sympathy Greg & Kathy Hoftiezer
Comment Share
Share via:
GT

Posted Sep 22, 2019 at 09:15pm
Dear Blocker family- our sincere and deepest regrets to you all on the passing of Mr. Blocker. We were all saddened to learn of his passing but realize he’s together with Mrs. Blocker (Marion) and that makes us smile. They’re both missed but fondly remembered. Hard to believe how time marches on for all of us. Pray you’re all doing well. Your backyard neighbors- Bill, Judy(Bauer), Gary and Bob Timmerman

Posted Sep 20, 2019 at 08:11pm
Grandpa, we cherish the memories we have of you and our time together. You are so loved and will be missed. Until we meet again...

Flowers were purchased for the family of Dwayne Blocker. Send Flowers

Flowers were purchased for the family of Dwayne Blocker. Send Flowers 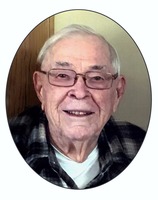 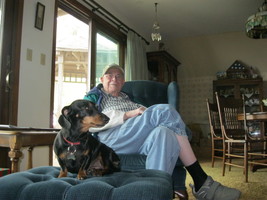