To share your memory on the wall of Edmund Klatt, sign in using one of the following options:

Print
Edmund L. Klatt of Watertown, SD passed away on Friday, May 31, 2019 at Jenkins Living Center.

Funeral services will be 11:30 a.m., Tuesday, June 4, 2019 at the Trinity Lutheran Church, 1800 E. Kemp Ave. in Watertown with Rev. Paul Krause officiating. Rebecca Larson will serve as the organist.

Visitation will start at 10:00 a.m., prior to the service at the church.

Interment will be at 3:30 p.m. (following the lunch) at the Hazel Cemetery, Hazel, SD.

Edmund, the son of Julius and Minnie (Vogt) Klatt, was born on June 8, 1918 on the farm in Kampeska Township, Codington County, SD. He was baptized on July 14, 1918 and confirmed on July 17, 1932 at Emmanuel Lutheran Church Oxford Township, Hamlin County. He grew up near Grover and and attended Grover #25 grade school. Edmund entered the United States Army Air Corps on June 15, 1942 and was honorably discharged in 1945.

On July 9, 1945 he married Elna P. Mischke at Emmanuel Lutheran Church. The couple farmed in Kampeska Township until 1998 when they moved to Watertown. Edmund also worked for the SD State Highway Department in Watertown for 17 years.

Edmund was a charter member of Trinity Lutheran Church where he served as secretary and elder. He enjoyed reading books on history and theology, and doing carpentry work.

The word of God was the heart and center of his life, and his hope and confidence were in Jesus Christ as his Savior.

Edmund was taken to be with the Lord on May 31, 2019 at the age of 100 years, 11 months and 23 days.
He was preceded in death by his parents; his wife, Elna; one daughter, Diana Fossum; four sisters, Emily, Dorothy, Olga and Vera; nine brothers, Hubert, Walter, Arnold, Alvin, Harold, George, Robert, Norman and Vernon; and two great grandsons, Jonathon and Christian Jacobusse.

Receive notifications about information and event scheduling for Edmund

We encourage you to share your most beloved memories of Edmund here, so that the family and other loved ones can always see it. You can upload cherished photographs, or share your favorite stories, and can even comment on those shared by others. 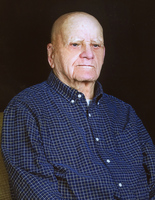 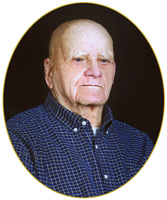 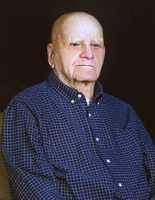