To share your memory on the wall of Edward Chell, sign in using one of the following options:

PLEASE NOTE DATE: Memorial services will be at 1:00 p.m. on Tuesday, July 14, 2020 at the Wight & Comes Funeral Chapel in Watertown. Music will be furnished by Eddie's good friend, Dawn Bundy as soloist.

Interment will be at the Bethel Lutheran Cemetery rural Peever/Sisseton, SD.

The Honorary Group will be Edward's grandchildren, nieces and nephews, special brother, Curtis Dahl, close friend, Mike Hernandez and family, and all of Edward's friends.

Edward Harold Chell, better known as "Eddie", was born August 8, 1940 at Sisseton, South Dakota, to Herbert V. and Elsie O. (Johnstad) Chell. He was raised on his parents ranch in One Road Township, near Peever, South Dakota. He attended One Road School #2 and graduated from Sisseton High School in 1960. Eddie had a good youthful life in the rolling hills of South Dakota.

He married Karen R. Pies, from Waubay, South Dakota on August 12, 1961 in Watertown, South Dakota and was married for 9 years. It was hard for Eddie but he moved to Dallas, Texas in 1971 where he was employed at St. Paul's Hospital then the Children's Medical Center of Dallas. His passions in life were his faith in Jehovah God and His son, Christ Jesus; and Eddie's thoughts were with his children and his parents every day. He was always a loving father and son. His other passion was working with the AIDS Association, AIDS patients, and with children and their parents at the Children's Medical Center.

Throughout Eddie's performing years one of the greatest honor was to hold the human heart while Doctors repaired the heart, and many awards of thank you notes praising his work. He also loved music, meeting with Bible students, and spending time with friends.

He was preceded in death by his parents; two brothers, Orville and Harvey; his sister, Dorothy Zellner; his very special Aunties, Pearl J. Wolf and Johanna Iverson; and his nephew, Randy Zellner.

Receive notifications about information and event scheduling for Edward

We encourage you to share your most beloved memories of Edward here, so that the family and other loved ones can always see it. You can upload cherished photographs, or share your favorite stories, and can even comment on those shared by others. 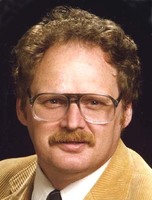 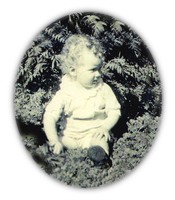 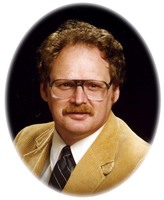