To share your memory on the wall of Eileen Matteson, sign in using one of the following options:

Provide comfort for the family of Eileen Matteson with a meaningful gesture of sympathy.

Funeral services will be 11:00 a.m., Friday, December 14, 2018 at Wight & Comes Funeral Chapel in Watertown with visitation one hour prior to the service. Interment will be at St. Mary's Cemetery in Watertown.

Eileen Mary Matteson was born January 25, 1921 on a farm near Thomas, South Dakota to Albert Olif and Mary Bertha (Schickedanz) Engwell. She grew up in Hazel, South Dakota, was confirmed at the United Methodist Church and graduated from Hazel High School. Eileen married Carl W. Matteson on May 23, 1941 at Immaculate Conception Church in Watertown, South Dakota. After their marriage they bought a small house on the west side of Watertown where she lived for over 70 years. Eileen enjoyed being a mother and housewife. Eileen and Carl celebrated 62 years together at the time of Carl's death on January 19, 2004.

Eileen was a member of Immaculate Conception Church. Throughout her nearly 98 years on this earth, she enjoyed many hobbies including a large collection of porcelain dolls, and visiting with family and friends. She also enjoyed taking pictures with her 110 camera. During her final years she enjoyed reading Christian books.

We encourage you to share your most beloved memories of Eileen here, so that the family and other loved ones can always see it. You can upload cherished photographs, or share your favorite stories, and can even comment on those shared by others.

Posted at
Tim Frewing Eileen was a neat lady, and she was my friend. I will miss her. 12/14/2018 &nbsp; Adelia Hemiller Carol and Craig, Im so sorry for loss of your mother. Just hold close all the wonderful times with her. And all the memories you have made. God Bless you both and your families. My thoughts and prayers are with you. 12/12/2018 &nbsp; Phil Brooks Craig , I am so sorry for you and your families loss. 12/12/2018 &nbsp; Randy I So sorry for your loss... 12/11/2018 &nbsp; Linda May the God of all comfort be with your family at this difficult time. 2 Cor 1:3,4 https://tv.jw.org/#en/mediaitems/VODMinistryTools/pub-imv_4_VIDEO 12/10/2018 &nbsp; D. Hetrick Dear Family, I am so sorry for your loss. May Gods promise bring you comfort. There will be a new earth... and He will wipe out every tear from their eyes, and death will be no more, neither will mourning nor outcry nor pain be anymore... I am making all things new. Revelation 21:1-5 12/10/2018 &nbsp; Ron & Vinceen Hanson Sorry to hear of Eileens passing. Enjoyed having her as a neighbor for many years. Our sympathy to her family during this difficult time. 12/08/2018 &nbsp; Laura Johnson So sorry to hear of her passing. She was an amazing woman and will be missed! I will never forget the time spent with her, when she was making sure I believed in God and that I knew all about faith. Prayers to you all <3 12/08/2018 &nbsp;
Comment Share
Share via: 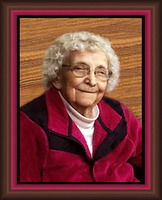