To share your memory on the wall of Gerald Meland, sign in using one of the following options:

Funeral mass will be at 10:30 a.m. on Tuesday, June 16, 2020 at Holy Name of Jesus Catholic Church in Watertown with Father Michael Wensing officiating. Brad Heesch will be the song leader accompanied by Jane Rokusek.

Gerald's service will be recorded and posted to the Wight & Comes Funeral Chapel website when available.

Burial will be at St. Mary's Cemetery, Watertown, SD. Military Honors will be conducted by Codington County Post 17 of the American Legion and SD Army National Guard Funeral Honors Team of Watertown, SD.

Gerald Arthur Meland was born to Arthur and Agnes (Larson) Meland on March 18, 1934 in Florence, SD. He grew up in Eden Township, Florence and attended country school at Meland #53 and graduated from high school in Wallace, SD. Gerald was inducted into the United States Army on September 11, 1956 and was stationed in Washington, DC. While stationed in Washington, DC, Gerald served in the National Honor Guard. He was honorably discharged on June 16, 1958.

He married Joyce A. Kranz on February 8, 1964 in Watertown. The couple lived in Day County, Webster, SD where they farmed for 35 years. Together they raised three children, Ann, Christina and Michael.

Gerald served as township treasurer (Wheatland) for 35 years and served on the Wallace Elevator Board.

Gerald is survived by his wife, Joyce; his children, Ann (Brian) Clow of Lenexa, KS, Christina (Michael) Barrett of Watertown, SD, and Michael (Jennifer) Meland of Webster, SD; 10 grandchildren; and his brother, Arvid (Paulette) Meland of Sturgis, SD; and numerous nieces and nephews.

He was preceded in death by his parents, his grandson Travis Clow, his brother Norris (Lorraine) Meland, and his father and mother-in-law, John and Pauline Kranz.
Read Less

Receive notifications about information and event scheduling for Gerald

Posted Jun 16, 2020 at 10:55am
Ann,
So sorry to read of your father's passing.
May the grace of God bring you and your family comfort through this time of mourning.
Bill Naessig

Posted Jun 12, 2020 at 01:11pm
Aunt Joyce, may you be comforted by the outpouring of love surrounding you. Love Craige and Corrine Howlett

Flowers were purchased and a memorial tree planted for the family of Gerald Meland. Send Flowers 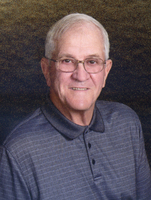 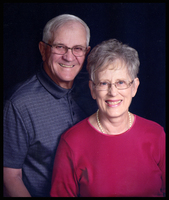