To share your memory on the wall of Gerald Williams, sign in using one of the following options:

Memorial services will be at 2:00 p.m., Saturday, October 10, 2020 at St. Martin's Lutheran Church in Watertown with Pastor Paul Janke officiating. Carol Janke will be the organist.

Gerald Lee Williams, son of Earl and Joella (Harvey) Williams was born on April 5, 1954 in Pawhuska, OK. He attended school in Mullinville and graduated from Mullinville High School in Mullinville, Kansas in 1972. Jerry enlisted in the United States Navy on October 6, 1972 and was honorably discharged on December 5, 1974.

On November 1, 1980 Jerry married Barbara A. Bauer in Bowdle, SD. Three children, Mandy, Gerald II, and Rebecca were born to this union. The couple lived in Kansas where Jerry sold automobiles and was named Salesman of the Month many times. They moved to Watertown in 1997.

Jerry worked as a custodian at St. Martin's Lutheran Church for 18 years and at First United Methodist Church for 8 years. He was a member of Vietnam Veterans of America.

He was preceded in death by his grandparents; his father, Earl; and his sister, Roxanne.
Read Less

Receive notifications about information and event scheduling for Gerald

Posted Oct 09, 2020 at 08:55am
He was always the sweetest guy, always! However, those dimples could get him out of trouble, regardless. We have lost a loved and loving one. Go rest high upon that mountain, love. Your work here on Earth is done. Love up all those waiting, for me, please. We’ll see you again! PTL! 🙏❤️🙏
Comment Share
Share via:
SJ

Posted Oct 08, 2020 at 09:36am
To the Family of Jerry, I was so sorry to hear of your loss. I always enjoyed the conversations that I had with
him when he was the custodian at the First United Methodist Church. May be comforted as you visit with family &
friends and here their stories as they remember Jerry. RIP Jerry & Judy Miller
Comment Share
Share via:
B 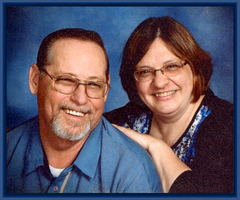