To share your memory on the wall of Harold Dallmann, sign in using one of the following options:

Print
Harold A. Dallmann, 71, of Watertown, SD, formerly of Moose Lake, MN, passed away on Saturday, May 30, 2020 at Avera Sacred Heart Hospital in Yankton, SD.

Memorial services will be at 2:00 p.m., Saturday June 6, 2020 at the Church of Christ in Watertown with Pete Nuthak officiating.

Inurnment with Military Honors will be at 2:00 p.m., Saturday, September 19, 2020 in New Calvary Cemetery in Cloquet, MN.

Harold August Dallmann was born to Norbert Henry and Lahja Mildred (Mykra) Dallmann on January 4, 1949 in Duluth, MN. He grew up in Duluth where he attended high school. He then attended Bear Valley School of Preaching where he received his Bachelor's in Preaching. He later attended St. Mary's University where he received his Master's in Psychology. Harold joined the United States Air Force on July 27, 1968, serving until his honorable discharge on July 19, 1974.

On July 19, 1969 Harold was united in marriage to Irma J. Farmer in Duluth and the couple had three children; Glenn, Waino, and Joanna. They lived in Albert Lea, MN where Harold was preacher at the Albert Lea Church of Christ.

Harold loved to travel the country, especially on his Goldwing Motorcycle making countless memories with his wife Irma. On October 4, 2006, his beloved wife Irma passed away unexpectedly.

He married Shirley Kuechle on November 20, 2007 in Duluth, MN. He loved the outdoors and enjoyed camping, fishing with Shirley and his family, hunting and target shooting with Waino and his grandkids. He was passionate about exploring the trails of northern Minnesota on his 4-wheelers alongside his wife, Shirley. In 2014 they moved to Watertown, SD.

He continued his ministry as preacher of the Church of Christ in Watertown. He loved Jesus and studying the Bible. He also loved to dance, especially with his daughter, Joanna. He enjoyed having deep intellectual and lengthily conversations with his son Glenn about all sorts of topics, but especially those related to the Bible. Harold loved getting together with family to play games and took great pleasure in teasing his daughter-in-law Sara.

Harold lived a life of service to others and was eager to share his faith and home with anyone. He was known for his hospitality and speaking abilities. He loved his dogs and most of all, he loved his grandchildren and was extremely proud of them, bragging about all of their accomplishments.

He was preceded in death by his parents, and his first wife, Irma.

Due to the Covid 19: If you are not comfortable attending the service, please realize the family completely understands and we appreciate your thoughts and prayers.

Receive notifications about information and event scheduling for Harold

We encourage you to share your most beloved memories of Harold here, so that the family and other loved ones can always see it. You can upload cherished photographs, or share your favorite stories, and can even comment on those shared by others.

Posted Jun 05, 2020 at 04:25pm
Harold will be remembered as the great friend, former coworker and a kind soul, firmly founded in faith. Our deepest condolences to Harold's family during this time of loss.
Comment Share
Share via:
LT

Posted Jun 03, 2020 at 01:16pm
Our sincerest heartfelt sympathy to Shirley and Family! Your loving and prayerful St. Cloud church of Christ Family

Posted Jun 03, 2020 at 12:40pm
Wishing you peace to bring comfort, courage to face the days ahead and loving memories to forever hold in your hearts.

Posted Jun 03, 2020 at 10:08am
Harold always held such a special place in our hearts. When we were moving to Minnesota we were needing a short term lease for three months until our home in Iowa closed and we could move into the Minnesota house. I wasn’t having any success and was getting so discouraged. I decided to stop by the church office to see if they knew iof anything. Harold was so kind and called his wife, Irma, to see if she could watch our almost two year old so he could take me around to possible locations. Irma agreed and we set out to find living quarters. We still got negative answers but each time he would say, “Well, that’s not what the Lord has in mind, let’s try somewhere else.” Even though we were still being told no every place was much more receptive because he was a minister and it gave me credibility. That night they invited our family to dinner at their house and Irma invited me to Ladies Bible Class the next morning. I went with Irma and the lady hosting the Bible class had a mother-in-law apartment in her basement. We ended up moving in there until we could close on our house. Harold and Irma always remained so special to us because of the kindness they showed to us when we were so discouraged and they continued to share kindnesses to us and others. We extend heartfelt condolences to his special family. Ray & Glenda Endicott
Comment Share
Share via:
AB

Posted Jun 02, 2020 at 10:58pm
Harold was kind, wise, always had a smile to share. He was a good listener. I never forgot his kindness when I needed to talk with someone about a confidential matter. This was back in 1991. I do not remember what he said specifically, but I do remember it was comforting and I was so grateful to be able to talk to someone. I remember how devoted he was to his family back in Albert Lea, my hometown. I know his presence will leave such a void in your life. But all those beautiful memories that you share and cherish will provide a wonderful legacy like my father's has for me. May you feel God's comfort and peace as you grieve. You will continue to feel Harold's presence in so many little ways:-)
Comment Share
Share via: 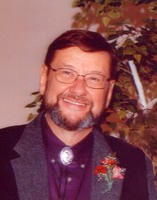