To share your memory on the wall of Helen Stavick, sign in using one of the following options:

Provide comfort for the family of Helen Stavick with a meaningful gesture of sympathy.

Print
ATTENTION: DUE TO THE WEATHER, HELEN'S FUNERAL SERVICE FOR SATURDAY IS CANCELLED.

The family is requested to meet at th... Read More
ATTENTION: DUE TO THE WEATHER, HELEN'S FUNERAL SERVICE FOR SATURDAY IS CANCELLED.

The family is requested to meet at the Wight & Comes Funeral Chapel by 6:45 p.m. on Friday, March 8th for a private family visitation at 7:00 p.m.

On Saturday there will be a family brunch in the Fireside Room at Jenkins Living Center prior to the funeral service.

Burial will be at Mt. Hope Cemetery, Watertown, SD.

Helen Irene Stavick was the seventh of ten children born to Herman and Elsie (Stauffacher) Jutting on November 11, 1936 in Clear Lake, SD. She grew up in a small home full of lots of love. Her father was an accomplished painter using painting techniques that few used during that time and her mother was a full time mother. Helen attended school in Clear Lake until she was 17 years old. She then moved to Watertown and lived with her loving sister and brother-in-law, Violet and Richard Engels. During this time Helen worked at Roger's Dairy which was an ice cream store and she loved working there. She also worked at Jensen's Produce.

Helen met Earl R. Stavick from Sisseton, SD. Earl had just returned from serving in the military during the Korean War. They were married in Clear Lake, Iowa in 1955. Helen and Earl moved back to Watertown and started their family. Their first born daughter, Pamela Dawn was born in 1956 and their second daughter, Judi Lynn was born in 1958. They lived in Watertown until 1969 and then moved to Castlewood, SD. After their girls graduated from high School, Helen and Earl decided to return to Watertown in 1978 to be closer to family. Helen managed the Ashland Willow Creek Apartments.

On July 20, 1987, after 30 years of marriage, Helen lost the love of her life and the father of her children.
She enjoyed spending time on her front deck visiting with friends and relatives. There was always a pot of coffee on and a welcoming smile. Her family was her life and she devoted every minute to them. She loved to tell stories about her life with her brothers and sisters and growing up in Clear Lake.

She was preceded in death by her parents, Herman and Elsie; her husband, Earl; eight brothers and sisters: Harold Jutting, Melvin Jutting, Charles Jutting, Eddie Jutting, Herman Jutting, Lois Sprau and Berdyna Rook; and her beloved dog, Katy, who was always by her side.
Read Less

Receive notifications about information and event scheduling for Helen

Tony, Lana, Bob, Dick and Marilyn and Arnold,Brenda,Ryan,Samantha Sween have sent flowers to the family of Helen Irene Stavick.
Show you care by sending flowers

Posted Mar 06, 2019 at 07:03pm
Please accept our most heartfelt sympathies for your loss... Our thoughts are with you and your family during this difficult time.

Posted Mar 06, 2019 at 10:08am
So very Sorry for your loss. Helen was a very beautiful & friendly lady. I remember very clearly of meeting her & husband when I actually lived with Judi at one time. May Peace be with her. Prayers & Thoughts are with you all.
Comment Share
Share via:
AS 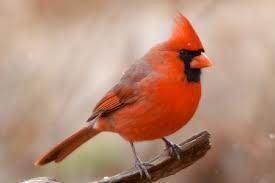 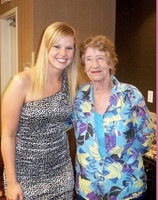 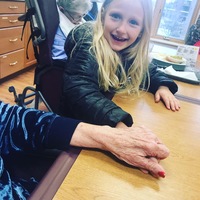