To share your memory on the wall of Helen Van Sickle, sign in using one of the following options:

Provide comfort for the family of Helen Van Sickle with a meaningful gesture of sympathy.

Funeral services will be at 11:00 a.m., Thursday, September 26, 2019 at the First United Methodist Church in Watertown with Pastor Marilyn Spurrell officiating. Music will be a duet provided by Jessica Van Sickle and Kari Anderson and Blair Titze as organist.

Visitation will be from, 5-7 p.m. on Wednesday, September 25th at the Wight & Comes Funeral Chapel in Watertown.

Burial will be in the Lorinda Cemetery, Henry, SD.

Helen Jeanne Van Sickle was born on June 17, 1924 to Sever and Sarah (Julson) Stadem in Henry, SD, where she grew up and graduated from Henry High School in 1942.

On June 7, 1942 she married Richard "Lee" Van Sickle at Long Beach, California. The couple made their home in Henry and had seven children.

Throughout the years Helen had many different jobs. She worked at the Henry Independent Newspaper for many years, and later was the manager of the mailroom at Midland National Life Insurance Co. in Watertown.

Helen loved traveling and had traveled to nearly every state. Her trips to Alaska and Hawaii were special because she had daughters living in both states at the time.

Helen was an active member of the UMC in Henry and Clark and FUMC and Women's Society in Watertown. She was a Legion Auxiliary Member for 50 years. She was also a 60 year member of the Henryette's Pinochle Club.

Helen loved spending time with her family, especially her grandchildren teaching them her many talents including baking, crocheting, sewing, bowling, playing cards and gardening.

Posted Sep 29, 2019 at 07:28pm
Our thoughts and prayers are with you all during this difficult time. Deepest sympathy Greg & Kathy Hoftiezer
Comment Share
Share via:
HS

Posted Sep 25, 2019 at 11:32am
Love from the families of Dean and Cyndy Stadem, Mary and Tom Stark, Carol Haug, Patty and Mark Stadem, and Sara and Jim Heim

The FTD Living Spirit Dishgarden was purchased for the family of Helen Van Sickle. Send Flowers

Posted Sep 25, 2019 at 08:45am
Sending you all love, prayers and blessings. The Steve Montgomery and Greg Nauyokas families

The FTD Treasured Tribute Wreath was purchased for the family of Helen Van Sickle. Send Flowers

Posted Sep 24, 2019 at 03:27pm
Tyler & Sena Pederson and Jane Seifel- Our thoughts and prayers are with you and your family! 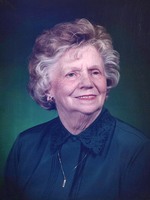