To share your memory on the wall of Helen Warner, sign in using one of the following options:

Helen, daughter of Theodore Paul and Tina Helena (Jelkins) Johnson was born in Tripp, South Dakota on March 12, 1926. She passed away at the age 94 years on April 13, 2020 at her home in Watertown.
She graduated from Tripp High School in May of 1945. Before she graduated from High School, Helen did house cleaning and sang in the Church Choir. She learned to play the piano from the minister’s wife. After graduation, she moved to western South Dakota and work for a family, taking care of their two small children. This is where she met her husband after he was discharge from the army. On June 8, 1946, she married William (Bill) R. Warner, son of Joe and Kitty (Dragoo) Warner at Baker, Montana.
After marriage, the couple resided in Lodgepole, South Dakota where she handled the bookkeeping for her husband and father-in-law’s Farm to Market Trucking business. She and Bill went south during harvest, and she cooked and baked for a harvest crew in Oklahoma and Kansas. After returning to South Dakota, she even helped Bill install powerlines throughout the western states for the R.E.A. (Rural Electric Administration). When hired hands were not available, she would help with loading and unload poles, besides driving Bill’s truck. When Helen and Bill lived in Deadwood, SD, she cleaned Motel Rooms to occupy her time and did laundry work, while Bill was busy with his R.E.A. work. The couple lived in many towns and states during their early years.
After starting a family and all their moving, it was time to settle down and find other work and things to do. They moved to Aberdeen, SD in 1958, where Bill was employed as an Over the Road Trucker and Helen kept busy helping with preschoolers in Sunday school. There would be around 8-10 youngsters each Sunday. You never knew from one week to the next what to expect. It was both exciting and a joy.
In 1962, Bill was transferred to Sioux Falls, while living there Helen was active in PTO, was a Brownie Leader and a Girl Scout Leader. She was active in the U.S. Saving Bond Program and received an award for her work with bonds and stamps. She also took up accordion lessons and enjoyed it very much. However, she never got the chance to finish the lessons.
In 1973, after Bill’s last transfer, Watertown began their permanent home, living at Lake Kampeska. Helen worked as a cashier when McDonalds opened their first business in November of that same year. Then after 8-10 months, she decided to quit and stay home and enjoy life, her children, and later her grandchildren. After Bill retired, they bought a small hobby farm in Kampeska Township. Prior to her husband’s passing she was his sole caretaker.
Her hobbies were bowling (earning many trophies), reading, plants, pets, crafts, bear collections, and TV. Along with the pride and joy of grandchildren. She also liked dancing and gardening, for she was born with a green thumb and was the best cook. She did love the outdoors especially feeding all the birds and squirrels in the neighborhood.
Helen belonged to the First United Methodist Church, where she served on the Archives committee, was a member of the United Methodist Women - Adah Circle and was also for many years in charge of the UMW Reading Program. Was a member of Elks Wives & Widows, where she held many post, such as vice-president, treasurer and years as courtesy committee. She was a life member of the V.F.W. Ladies Auxiliary, where she served as Buddy Poppy Chairman, Conductress and many years as their Chaplain. The biggest share of her life was a devoted wife, mother, and grandmother.
Survivors include, a daughter, Billie Jo Meyer of Watertown, a son and his fiancé, Charlie Warner and Stephanie Ptak of Huron; 2 granddaughters, Chianna Fortin and her fiancé, Eric Swearingen of Watertown and Kelsie Biebighauser and her husband, Mitch, of Wichita, KS; 3 great-grandchildren and 2 step-great-grandchildren; a sister, Shirley Moriston of Anton, Iowa, a half-sister, JoAnn Wheeler of Fayetteville, NC and a half-brother, James Johnson of Kenosha, WI and a step-sister, Marilyn Mahler of Sac City, IA.
Preceding her in death, were her parents; her husband; an infant son, Keith; two sisters, Delores and Evelyn; and a brother, Floyd.
Read Less

Receive notifications about information and event scheduling for Helen

Sending our love, Dave and Diana sent flowers to the family of Helen M. Warner.
Show you care by sending flowers

Posted Apr 15, 2020 at 08:41pm
Denny and I send out sympathies on the passing of your mom. She was a kind, generous lady with a big heart. She will be missed by all who knew her. She was so active in her younger years and was a wonderful wife, mom and grandma. We were blessed to know her for many years. The Mennengas
Comment Share
Share via:
SD

Sending our love, Dave and Diana

Sending our love, Dave and Diana purchased flowers for the family of Helen Warner. Send Flowers 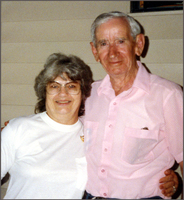 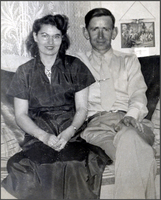 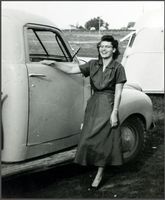 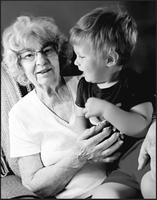