To share your memory on the wall of Helene Redlin, sign in using one of the following options:

Visitation will be held at the Redlin Art Center on Friday, January 17, 2020 from 1:00-3:00 p.m., with funeral services to follow at 4:00 p.m. Father Michael Wensing will officiate with Charles Redlin as the pianist.

In lieu of flowers, memorials may be given in Helene’s memory to the Glacial Lakes Humane Society, P.O. Box 1701, Watertown, SD 57201.

Helene Marie Redlin was born on July 20, 1937 to Matthew and Natalie (Baker) Langenfeld in Watertown, SD. She grew up in Watertown where she attended school, graduating from Watertown High School in 1955.

On August 25, 1956 she married Terry Redlin. They moved to St. Paul, MN and Helene worked with Terry in the paintings business with cleaning glass, making frames, cutting borders, etc. Throughout the years she became a sales person for Terry's business.

Spending time with her family was very important to Helene. She enjoyed golfing, playing Bridge and sewing.

She was preceded in death by her parents; her husband, Terry Redlin; four brothers, John, Jim, Matt and Chuck; and three sisters, Virginia Jensen, Joann Knudtson and Susan Wulff.

Receive notifications about information and event scheduling for Helene

We encourage you to share your most beloved memories of Helene here, so that the family and other loved ones can always see it. You can upload cherished photographs, or share your favorite stories, and can even comment on those shared by others.

Posted Jan 14, 2020 at 08:19pm
Condolences to my cousin's family from Theresa Langenfeld Ruscio, oldest daughter of John and Peggy. I have lived in the Denver area for 47 years so I have lost the connection to my cousins in Eastern South Dakota. Nonetheless, Helene and Terry were always in our conversations as we have several of Terry's paintings in our home here in Colorado. You are in our thoughts and prayers.
Theresa
Comment Share
Share via: 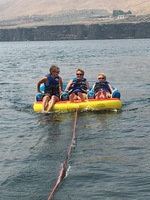 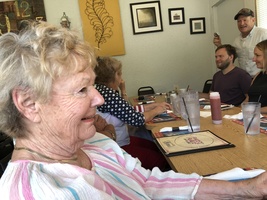