To share your memory on the wall of Jean Lundy, sign in using one of the following options:

Provide comfort for the family of Jean Lundy with a meaningful gesture of sympathy.

Funeral services will be at 10:30 a.m., on Saturday, September 14, 2019 at Wight & Comes Funeral Chapel in Watertown with Pastor Kent Stillson officiating. Robbyn Givens will be the soloist accompanied by A.J. Sherrill.

Visitation will be from 4-6 p.m., Friday, September 13th at the funeral chapel.

Pallbearers will be Brent and Scott Barstad, Eric and Cody Lundy, Ryan, Corey and Tanner Neale, and Jason Lloyd.

Jean Evelyn Lundy was born on March 18, 1930 to Clifford and Alicia (Stark) Ervin in Montevideo, MN. She grew up in Montevideo and graduated from Montevideo High School.

On March 7, 1948 she married Eugene Ellsworth Lundy in Montevideo and the couple lived in the communities of Milbank, Redfield and Rapid City. They later moved in 1965 and made their home in Watertown. Jean was a bookkeeper for several businesses throughout her working years.

After her retirement, Jean worked part-time at the library and the bookmobile. Her beloved husband, Eugene passed away on September 7, 2005. Jean had become a resident at Jenkins Living Center in July of this year.

Jean loved spending time with her family and grandchildren, camping and traveling with Eugene. She was a great cook and enjoyed quilting and playing Bingo. She was a member of Grace Lutheran Church and VFW Auxiliary.

Left to cherish her memory are her children, Linda (Rodney) Barstad of Casper, WY, Gary Lundy and his partner, Mike Nagy of Rochester, MN and Tamara (David) Neale of Watertown, SD; her sister, Vera (Robert) Farrell of PA; 9 grandchildren; and 15 great grandchildren.

She was preceded in death by her parents; her husband, Eugene; her son, Michael; three sisters; and one brother.

We encourage you to share your most beloved memories of Jean here, so that the family and other loved ones can always see it. You can upload cherished photographs, or share your favorite stories, and can even comment on those shared by others.

Love from the Soppeland Family,, Lonnie and Lisa Struckman, and others have sent flowers to the family of Jean E. Lundy.
Show you care by sending flowers

Posted Sep 15, 2019 at 08:58am
Tammy, Linda, Gary and families, May God comfort you all this week and always. Aunt Jean was a special woman. I have lots of fond & great memories of Jean & Gene and you guys coming to Monte for weddings, holidays and family gatherings. Aunt Jean was a spark plug and witty all of the times that I saw her in my younger years. I am sorry that I didn't get to share any stories or hugs with Aunt Jean the past few years. I pray that you all were able to celebrate Jean's life yesterday and always, Love Tim, Leona & Frankie Marholz, Ephrata. Pa.
Comment Share
Share via:
LF

Love from the Soppeland Family,

Love from the Soppeland Family, purchased flowers for the family of Jean Lundy. Send Flowers

Lonnie and Lisa Struckman purchased the The FTD Comfort Planter for the family of Jean Lundy. Send Flowers

Posted Sep 12, 2019 at 11:55am
My heartfelt sympathy to each of you. I so much enjoyed getting to know Jean this past year & although it was a challenging year she always had amazing warmth & grace. What a beautiful woman & what a wonderful legacy you are. She was so proud of family & shared so many great stories with her huge smile & bright eyes!
Comment Share
Share via:
LR 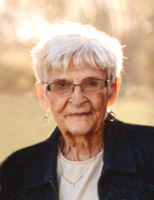 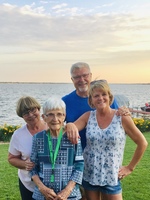