To share your memory on the wall of Jerome Haider, sign in using one of the following options:

A Mass of Christian Burial will be 10:30 a.m., Wednesday, September 9, 2020 at the Immaculate Conception Catholic Church in Watertown with Father Richard Fox as celebrant.

There will be a video attached (below) following the service. It may take a few hours up to another day to get it downloaded. Thank you for your patience.

Visitation will be 5-7 p.m., with a prayer service at 5:30 p.m., Tuesday, September 8th at the Immaculate Conception Catholic Church.

Burial will be at St. Mary's Cemetery in Watertown with Military Honors by SD Army National Guard and the American Legion Post 17 in Watertown.

Honorary pallbearers will be all of Jerome’s grandchildren.

Jerome Joseph was born October 25, 1941 to Carl and Theresa (Dupont) Haider on the family farm in rural Codington County. He attended country school and started working on the family farm at a very young age helping his father. Jerome believed in a strong work ethic which he demonstrated every day. He joined the South Dakota Army National Guard in the 60’s.

Jerome and Carol Faye Schreurs Wangen were united in marriage on October 10, 1964 in Watertown, South Dakota. Jerome accepted Carol’s children, Christine and Dean Wangen, as his own.

Jerome was a jack of all trades and a man of many talents. For Most of his working career he drove truck for Arrow Truck Lines, Engels Brothers, Metz Baking and was also employed at Hurkes Implement. He also owned and operated Haider Excavating during this time.

He was a 3rd Degree of the Knights of Columbus.

Jerome loved his work and camping, fishing, spending time with family and friends and in later year’s playing cards at the Senior Citizen Center. Jerome and Carol enjoyed watching baseball and game shows together and had traveled south (with their dogs) to warmer temperatures for several winters.

He is preceded in death by his parents; his wife, Carol on March 31, 2019; his infant daughter, Theresa; his son, Dean Wangen; his brother, Jim Haider; and grandson, Jimmy.

Receive notifications about information and event scheduling for Jerome

We encourage you to share your most beloved memories of Jerome here, so that the family and other loved ones can always see it. You can upload cherished photographs, or share your favorite stories, and can even comment on those shared by others.

Posted Sep 06, 2020 at 04:34pm
Sorry to hear about Jerome passing away. I miss his trip south when he would stop in San Antonio, Texas to keep warm in the winter.
Rest in Peace Jerome

Posted Sep 04, 2020 at 05:36pm
To the Haider family. So sorry for your loss. Our thoughts and prayers go out to you
Comment Share
Share via:
AF

Carla and Mike, Our deepest sympathy and prayers on the loss of your dad. Larry and Liz Aderhold 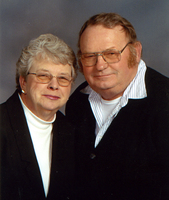 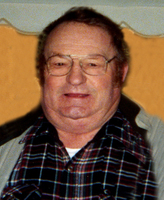 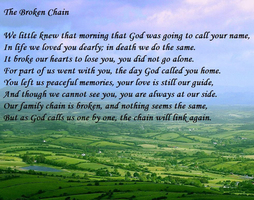