To share your memory on the wall of Joel D. Schneider, sign in using one of the following options:

Provide comfort for the family of Joel D. Schneider with a meaningful gesture of sympathy.

Joel was born to parents Joseph and Vera Schneider on March 27, 1958, in Bismarck, ND. He was the fourth eldest of 11 children. In 1976, he graduated from Bismarck High. He went on to graduate in 1984 with a B.S. Geological Engineering degree from the University of North Dakota in Grand Forks.

Joel had various jobs over the years, and one of his last full-time jobs was taking care of his elderly father in the family home in Bismarck, ND. He was always willing to lend a helping hand to his family and friends, especially when it involved working on their cars or helping them fix some sort of mechanical or electrical problem. He had amazing ingenuity and creativity and worked hard to make seemingly hopeless vehicles and electrical devices function. He is also remembered for his sense of humor, eccentric personality, and love of hunting and fishing.

We encourage you to share your most beloved memories of Joel D. Schneider here, so that the family and other loved ones can always see it. You can upload cherished photographs, or share your favorite stories, and can even comment on those shared by others.

Posted Jan 09, 2020 at 07:34pm
My heart is breaking for the loss of my brother, but I know he is finally at peace. He was extremely intelligent and ingenious, if you had Anything mechanical that needed fixing … he was your man. Car problems? Go to Joel. He loved to watch Jeopardy on TV, and more often than not, he had the answer before the contestants did. He was the next sibling after me (5 years younger), so we were pretty close as kids. We remained close until I moved away to California when I was 23. Joel made the road trip with me, so that I wasn't making the trip all by myself. We had a great time on that trip, and I always felt it bonded our friendship as friends as well as siblings. Joel was kind, sweet, thoughtful, and very funny … he was quite a character.
Joel was called "Hoby" more than by his real name. He came by that moniker because when he was 2 or 3 years old, there was a western TV show that he loved called Trackdown. The main character of that show was a Texas Ranger named Hoby Gilman, who always carried a sawed off shotgun. Well, Joel had a toy shotgun and wanted Dad to saw his off too so he could be just like his favorite TV character. Superman was another favorite of his, and I have many memories of him running around the house and yard with a dish towel tied around his neck for a cape.
He was truly one of a kind and will be greatly missed by many. Until we meet again little brother, RIP Hoby 💔❤
Comment Share
Share via:

Thank you for sharing. I remember him telling me about that trip he took with you because I also drove out to California a couple years back for an internship. So special
A

Posted Jan 09, 2020 at 07:50am
I miss Joel. Whenever he called he would always ask how I was doing how my Mom was and then how my son was doing. Always then we could start our conversation. The first time I met Joel was when Sheldon was helping me move Joel jumped right in and helped too. I could call Joel and he was always willing to help with whatever issue I was dealing with that day. Joel as sick as he was at times never complained about his health always stayed positive. I miss Joel. I do feel privileged to have had him in my life.
My sympathy to Joel's family.
Angela Baumgart
Comment Share
Share via:
MC

Thank you for sharing, Angela
A

Posted Jan 07, 2020 at 08:46pm
Mom shared a story with me.... “We were at a Schneider family gathering and Joel said he had to leave, but before he left he said... “If it were not for me you guys would have nothing to talk about.” “And we all laughed because He nailed it. “ He will always be in our hearts.
Comment Share
Share via:

lol Sounds like him! Thank you for sharing
P

Posted Dec 31, 2019 at 05:37pm
I did not know Joel personally, only through my sister Angela. He was always helping her to fix something in her home or solving some issue w her car. He seemed like a very nice friend to have. My sympathies to his family. May he Rest In Peace. Paula Davis
Comment Share
Share via:

Thank you so much, Paula
MC

Posted Dec 31, 2019 at 03:04pm
God puts people in our lives for a reason, and Joel was one of them... I think of the good times, with people he did love... Not only Joel was blessed by the people that touched him, but by those he touched as well... Jesus speaks to us daily, and those to busy at times to notice, or to hear his silent praise... The Father thanks all that took care of his lamb while his lamb was so ill, and for doing the best that could be done fo Joel..... listen,and by the grace of God, you shall hear his words.
May the peace and understanding of our dear Lord be with you.....Sharyl
Comment Share
Share via:

Thank you for your kind words. (I'm Joel's older sister) 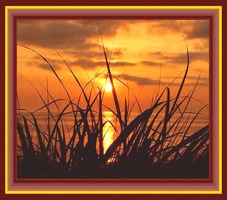 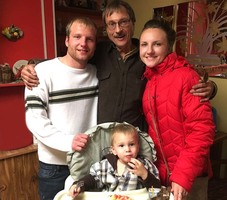 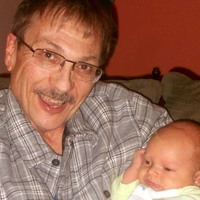