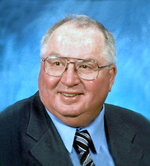 Memorial services will be 11:00 am, with an hour visitation prior to the service, Thursday, April 7, 2022 at Lutheran Church of our Redeemer in Watertown. Reverend Dave Nerdig will officiate with Mollie Dean as the pianist.


John Raymond Little “Jack” was born in a small house northwest of Temvik, North Dakota on October 5, 1937 to Ray and Cora (Shepherd) Little, the oldest of what was to be a family of two girls and three boys.

He worked for the U.S.Geological Survey from June 1956 to October 1992 as an Engineering-in-Training in Bismarck (1956-1961), a Hydraulic Engineer in Bismarck (1962), a Hydraulic Engineer and Supervisory Hydrologist in Dickinson, ND (1962-72), a Supervisory Hydrologist in Grand Forks, ND (1972-75), Lakewood, CO (1975-79) and Huron, SD (1979-1992). Worked as a rodman for Kirkham & Michael Consulting Engineers in Fargo in the winter of 1959. Worked on several record breaking floods including those on the Souris and Red Rivers in North Dakota in 1969, the Big Thompson River in Colorado in 1976 and the Big Sioux River in South Dakota in 1997. Worked on the initial Jefferson County, Colorado Flood Mapping Study. Was Project Chief and authored the report on The Characteristics of Flood Flows in the Arkansas River in Colorado in 1980. Supervised the Colorado District Data Collection and Computer Sections (1986-88). Transferred to Huron, SD in 1980. Duties in the South Dakota District included District Data Section Chief, Assistant District Chief, District Surface Water Specialist, District Water Quality Specialist, District Computer Section Supervisor and served as the Acting District Chief for several months prior to the position being moved from Huron in 1992.

The couple retired and moved to Watertown, SD in October of 1992.

He served as a consultant to the Lake Kampeska Water Project District since 1993 and Chairman of the Upper Big Sioux River Advisory Board (1997-2014). The Board manages a project that has done more than 10 million dollars worth of conservation work in the upper basin during this period. Jack authored reports describing the 1997 Big Sioux River Flood near Watertown and the hydrology of Lake Kampeska at Watertown.

He compiled, edited and published a book about the Linton High School Class of 1955 for their 50th year reunion. Member of the Watertown Regional Genealogical Society compiled a family tree of 11,000 individuals as of April 2014.

He was preceded in death by his parents; his son, Lyle Little; one sister, Patty Little; one brother, Bruce “Buster” Little; and his granddaughter, Melinda Stevenson.