To share your memory on the wall of John Mudder, sign in using one of the following options:

Provide comfort for the family of John Mudder with a meaningful gesture of sympathy.

Funeral services will be 10:30 a.m., Tuesday, March 12, 2019 at First Baptist Church in Watertown with Reverend Charles Warger officiating. Eloise Falk will be the organist.

Burial will be at the Hendricks City Cemetery in Hendricks, MN. Military honors will be conducted by Vietnam Veterans of America of NE SD Chapter 1054.

John Mudder, son of Dirk and Ettje (Stapelmoor) Mudder was born near Sibley, IA on June 22, 1932. He moved with his family to a farm near Hendricks, MN in 1940. John entered the United States Army in 1952 and returned to MN in 1954 following his honorable discharge.

John was united in marriage to Mae Fry on January 21, 1956 at The Little Brown Church in Nassau, IA. The couple moved to Watertown, SD in 1956 and John worked at Cave Supply Company for over 20 years. He also taught Diesel Mechanics at Lake Area Technical Institute for 15 years.

John was passionate about Dirt Track Racing. From 1960 to the early 1970s he built race cars with George Anderson, Roger Swenson, Jim Hainey and Dexter Forsberg. He was most recognized for his engine building abilities. He continued to be an avid race fan until 2017, sometimes attending three races a week.
John and Mae camped for many years with family and friends. They wintered in Mesa, AZ for over 15 years.
He was very proud of his grandkids and attended their activities when possible.

He was preceded in death by his parents; four brothers, Henry, Andrew, Vert (Kathleen) and Dick Mudder; and his nephew, David Mudder.
Read Less

Receive notifications about information and event scheduling for John

Tanner oleson, Harold and Lanora Mudder, and others have sent flowers to the family of John Mudder.
Show you care by sending flowers

Posted Mar 11, 2019 at 11:41pm
John was a very special part of our family. Growing up I remember many family dinners and celebrations shared with John and May. He always greeted us with hugs and his big infections laugh.
Comment Share
Share via:
TO

Tanner oleson purchased the The FTD Comfort Planter for the family of John Mudder. Send Flowers

Posted Mar 10, 2019 at 10:40pm
John was a favorite person of mine..... a co-worker of my husband, Dale, at Cave Supply. John loved racing as much as (or maybe more than) our family. He was always fun to visit with, may he find many dirt tracks in heaven. RIP, John. 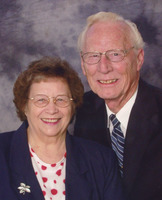