To share your memory on the wall of Joseph Pesall, sign in using one of the following options:

Print
ON BEHALF OF THE JOE PESALL FAMILY,

THANK YOU TO EVERYONE WHO SAID A PRAYER OR KIND WORD, SENT A CARD, OR CAME TO
REMEMBER JOE AND US AT HIS WAKE AND FUNERAL. JOE LEFT US VERY UNEXPECTEDLY.
WE THANK ALL THOSE WHO WERE WIT... Read More
ON BEHALF OF THE JOE PESALL FAMILY,

THANK YOU TO EVERYONE WHO SAID A PRAYER OR KIND WORD, SENT A CARD, OR CAME TO
REMEMBER JOE AND US AT HIS WAKE AND FUNERAL. JOE LEFT US VERY UNEXPECTEDLY.
WE THANK ALL THOSE WHO WERE WITH JOE THAT NIGHT HE DIED: HIS GOOD SAMARITAN ANGELS, THE CODINGTON COUNTY SHERIFF DEPUTY, ALL FIRST RESPONDERS, AND THE PRAIRIE LAKES HOSPITAL ER STAFF AND PASTORAL CARE VOLUNTEER.


Joseph "Joe" Pesall, age 46 of Watertown, SD, went home to his Heavenly Father on February 7, 2019. He will be very much missed by his family and friends. Joe dreamt of winning the lottery, and he has. He has. He's transitioned from this life thru death to be with Jesus, Dad, and Elliott. That's the lottery. That's the lottery that Joe won! That is the lottery for all of us. Joe's second most frequent dream was being with his Dad, Elliott and Uncle Don.

Joe arrived to Bernard and Josephine (Benthin) Pesall on September 14, 1972 in Watertown. Joe who was nicknamed "Speedy" by his friends attended McKinley Elementary and Watertown High School. While growing up, Joe was active in Special Olympics and Caring Sunday 4-H Club. He enjoyed watching and listening to the Watertown Arrows football and basketball games. He also was a "big" MN Vikings and MN Twins fan. Joe worked 17 years at Oak Valley Farms until it closed. Joe loved Thursday night Bingo. He wouldn't miss it for the world. Joe's easily pleased and eager to please personality lent him many friends. Joe enjoyed delivering papers with his family. Other interests were his favorite shows: John Wayne movies, Gun Smoke, Walker Texas Ranger episodes, The Price Is Right and Let's Make a Deal; solitare and word finds.

Joe's funeral will be at St. Henry's Catholic Church on Wednesday, February 13, 2019 at 10:30 a.m. with Father Tom Anderson as celebrant and Dorothy Fuller as the organist. Roger Smith will be the lector and mass servers will be Shelby and Brianna Wietzema.

Committal service will be celebrated by Father Denis Meier at St. Mary's Cemetery in Watertown at 1:15 p.m.

Visitation will be held on Tuesday, February 12th at Wight & Comes Funeral Chapel between 5-7 p.m., with a scripture service at 6:30 p.m.

He was preceded in death by his father, Bernard, and nephew, Elliott Jensen.
Read Less

Receive notifications about information and event scheduling for Joseph

We encourage you to share your most beloved memories of Joseph here, so that the family and other loved ones can always see it. You can upload cherished photographs, or share your favorite stories, and can even comment on those shared by others.

Posted Feb 13, 2019 at 05:30pm
We will miss Joey's contagious laugh and amazing back rubs! His positive outlook rubbed off on all that he met. We will forever think of Joey every time we hear BINGO! Our prayers are with you as you go through these next few days, weeks, and months without him.
Wietzema Family
Comment Share
Share via:
N

Posted Feb 11, 2019 at 01:51am
I’m not sure where to start or what to say, but Most of all I want to send my prayers and condolences to Joe’s entire family. I never knew Joe, till the night he went to walk Jesus. God sent us to be with Joe and his Brother that night. We have been praying for his brother’s healing, and to be at peace with this tragic ending. I wish we could have done more for both of them. You all will always be in my heart.
Comment Share
Share via:
SL

Posted Feb 10, 2019 at 12:53am
So sorry to hear of Joe's passing . It is so sad . He will be missed at KC Bingo . He always wanted to be the first in line to buy his cards & when we talked he was just always happy . The Pesall family have my condolences .
Comment Share
Share via:
Posted Feb 08, 2019 at 06:29pm
I was so sorry to hear about Joseph's death. He used to deliver our newspaper at out other house. He was very
very reliable. Out prayers are with you.
Comment Share
Share via:
NP

Posted Feb 08, 2019 at 06:24pm
Every fall I looked forward to experiencing Joe's amazing sales technique for the Henry church raffle tickets. I always just assumed that one day he would sell me the winner. 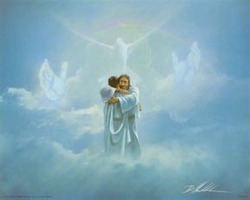 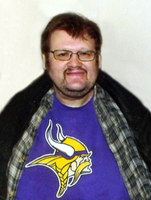 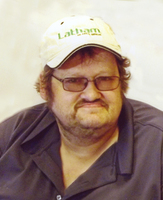