To share your memory on the wall of Joseph Roby, sign in using one of the following options:

Funeral services will be held at 10:30 a.m. on Friday, January 24, 2020, at Holy Name of Jesus Catholic Church in Watertown with Father Richard Fox officiating. Jane Jaspers will be the organist with Brad Heesch as the song leader; Carrie, Kristi and Joe Roby will be the lectors; Carrie, Jeff and Michael Roby will carry the Gifts; and Marisa Roby Nelson will be the Eucharistic minister.

Interment will be (with family) at St. Mary's Cemetery in Watertown.


Joe was born January 12, 1921, at the family home in Hecla, SD. He was the fifth of nine children born to Raymond J. Roby and Marie Z. (Clemens) Roby. The family moved to Watertown in 1928. Joe attended Immaculate Conception Grade School and was graduated from Watertown Senior High School in 1940. At WHS, Joe was a class officer and an outstanding football, basketball and track athlete for the Arrows. He set the school record in the 100-yard dash in 1939 (10.1 seconds) resulting in the Public Opinion Sports Editor giving him the nickname “Smokey Joe”. His WHS 100-yard dash record stood until 1969. Joe also anchored the Arrows’ 440-yard relay that was invited as one of eight teams from throughout the United States to run in the 1939 and 1940 Drake Relays in Des Moines. Joe was inducted into the Watertown Arrows Athletic Hall of Fame in 2007.

Following high school graduation, Joe completed a course in accounting at Nettleton Commercial College in Sioux Falls and moved to Burbank, CA where he went to work for Bank of America. When the United States entered World War II following the bombing of Pearl Harbor, Joe returned to Watertown and enlisted in the Army. He served in the European theatre of WWII from 1942 to 1946.

Joe returned to Watertown following his Army discharge and went to work for his brother-in-law, Bud Dugan, as bookkeeper, salesman and installer at Dugan Sales and Service. In 1960, Joe went to work as the office manager and bookkeeper for the Watertown Public Opinion where he remained until his retirement in 1991.

When Joe returned from the war, he joined a Catholic social organization and met the love of his life, Frances Louise “Lue” Flanagan of Henry, SD. Joe and Lue were married at Saint Henry Parish in Henry, SD, on March 26, 1951. They have five sons, Joe Jr., Jim, Mark, Doug and Don.

Those who knew Joe will recall his decency, integrity and kind spirit. He set an example for his boys by treating people as he would want to be treated. Joe had a great sense of humor and loved his grandchildren and great-grandchildren. He was given credit for teaching his grandchildren how to walk, find their nose and ears, throw a ball and sing “You Are My Sunshine” and “Show Me the Way to Go Home” while being bounced on a knee.

Grandpa Joe shook hands with everyone. His sons learned to do the same. There are countless pictures of Joe shaking hands on all occasions.

Memorials may be directed in Joe’s memory to the charity of one’s choice.


When I come to the end of the road, and the sun has set for me,
remember the love that we have shared, and that will comfort thee.
Read Less

We encourage you to share your most beloved memories of Joseph here, so that the family and other loved ones can always see it. You can upload cherished photographs, or share your favorite stories, and can even comment on those shared by others.

Your friends and family at POET, Your Commercial Interior Decor Family, and others have sent flowers to the family of Joseph J Roby.
Show you care by sending flowers

Posted Jan 23, 2020 at 04:56pm
Our sincere sympathy to all the family of Joe Roby, Jim, Mark and families our thoughts and prayers are with you.
The Gene Furness Family, Joan and Greg Furness.
Comment Share
Share via:
YP

Your friends and family at POET

Your friends and family at POET purchased flowers for the family of Joseph Roby. Send Flowers

Posted Jan 21, 2020 at 08:50pm
We had the pleasure of having Joe as a next door neighbor for the last 12 years. I will miss our little chats and his smiling wave whenever he seen us outside. It was a honor to have known you. Rest In Peace my friend
Comment Share
Share via:
YF

Posted Jan 21, 2020 at 03:43pm
Dear Doug and Family: We are so sorry for the loss of your Father and Grandfather. Our hearts are hurting for you. With heartfelt condolences.

Posted Jan 21, 2020 at 03:29pm
I had the pleasure of working with Joe many years ago (in excess of 40) at the Watertown Public Opinion. He was always very kind and patient and had a wonderful sense of humor. I only worked with him a couple years but It did not matter where or when I would run in to him in Watertown - he always knew me and spoke to me. A great man he was............
Comment Share
Share via: 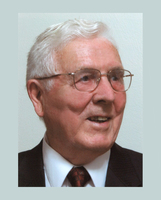 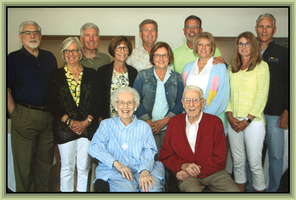 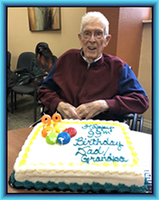