To share your memory on the wall of Judy Redemske, sign in using one of the following options:

Provide comfort for the family of Judy Redemske with a meaningful gesture of sympathy.

Print
Judith "Judy" Ann Redemske, 80, of Watertown, passed away on August 24th, 2019 at Avantara Watertown Care Center with family by her side.

Funeral mass will be 10:30 a.m., Thursday, August 29, 2019 at the Immaculate Conception Catholic C... Read More
Judith "Judy" Ann Redemske, 80, of Watertown, passed away on August 24th, 2019 at Avantara Watertown Care Center with family by her side.

Funeral mass will be 10:30 a.m., Thursday, August 29, 2019 at the Immaculate Conception Catholic Church in Watertown with Fr. Richard Fox as celebrant.

Burial will be at Mt. Hope Cemetery in Watertown.

Visitation will be from 5-7:00 p.m., with a scripture service starting at 7 p.m. and rosary to follow, Wednesday, August 28, 2019 at Wight & Comes Funeral Chapel in Watertown.

Memorials may be directed to the Salvation Army or charity of your choice.

Judy was born on January 20, 1939 at Bartron Hospital in Watertown, South Dakota to Clarence J. (Butch) and Jean M. (Webster) Langenfeld. She attended Immaculate Conception Catholic School through eighth grade and graduated from Watertown Senior High School in 1956. During her teen years, Judy was employed at Langenfeld’s Ice Cream, the family business. Judy then went to work as a secretary for Gribbin & Burns Law Firm in Watertown.

On February 13, 1965, Judy was united in marriage to Willard Redemske at Immaculate Conception Catholic Church in Watertown, South Dakota. Her daughter, Leslie, was born on January 12, 1966 and her son, Jason, was born the same year on December 14. She was so very proud of her “Irish twins”. Judy was a stay-at-home mom and homemaker for most of her life. She entered Avantara (formerly Golden Living Center) in August of 2015.

Judy was a life-long member of Immaculate Conception Catholic Church and was a very proud Catholic. She was an avid supporter of many different charities. Judy loved watching the New York Yankees, Jeopardy, and Wheel of Fortune. Her favorite go-to snack was Oreo cookies and she loved anything chocolate, especially ice cream. She was an amazing crossword puzzle enthusiast. Judy loved and adored her children, grandchildren and great-grandchildren.

She was preceded in death by her husband and parents.
Read Less

We encourage you to share your most beloved memories of Judy Redemske here, so that the family and other loved ones can always see it. You can upload cherished photographs, or share your favorite stories, and can even comment on those shared by others.

With love from ALL the Wights sent flowers to the family of Judy Redemske.
Show you care by sending flowers

With love from ALL the Wights

With love from ALL the Wights purchased flowers for the family of Judy Redemske. Send Flowers 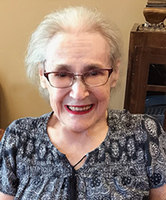 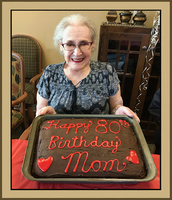 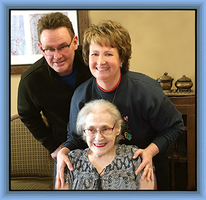 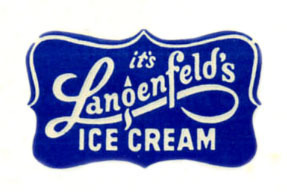