To share your memory on the wall of Julie Jungen, sign in using one of the following options:

Provide comfort for the family of Julie Jungen with a meaningful gesture of sympathy.

Honorary Pallbearers will be all of Julie's many Bingo friends.

Julie Ann Jungen, daughter of Oscar and Corrine (Goss) Anderson was born on February 26, 1945 in Rapid City, SD. As her father was getting discharged from the Army, they moved to Watertown and the family lived with his parents. When Julie was 8 her mother passed away and her grandmother Anna raised Julie and her brother, Leroy. Her grandmother was a wonderful, old fashioned grandmother whom Julie loved immensely. Julie attended Watertown High school until the 10th grade and then moved to Omaha, NE where she graduated from North High School in 1963. Julie was crazy in love with Leo Jungen and the couple was united in marriage on November 13, 1965 in Watertown. Leo was her everything. Their first daughter, Daneen Ann was born on September 4, 1966, their second child, Lynn Corrine was born on August 7, 1968, and their son, Terry Eugene was born on June 2, 1970.

She worked at the Watertown Post Office as a rural mail carrier for 25 years.
When her grandchildren and great-grandchildren were born, it was a very special time in her life.

Julie enjoyed her meticulous yard and flower garden, playing bingo, her grandchildren and great-grandchildren, and most of all spending time with her sweetheart Leo, as they were joined at the hip and did everything together.

She is preceded in death by her parents and daughter, Daneen Ann Lamb.

We encourage you to share your most beloved memories of Julie here, so that the family and other loved ones can always see it. You can upload cherished photographs, or share your favorite stories, and can even comment on those shared by others.

Tony Grieshaber and Love; Robin, Robert, Bette and Kristin Stieglitz have sent flowers to the family of Julie Ann Jungen.
Show you care by sending flowers

Posted Jun 28, 2019 at 10:58am
I am very sorry for your loss. My heart goes out to you in this difficult time. I hope you may find comfort at Revelation 21:4, “And he (God) will wipe out every tear from their eyes, and death will be no more, neither will mourning nor outcry nor pain be anymore. The former things have passed away.” We can look forward to the time when God will take away all reasons for distress and he even gives us a hope of a resurrection. (Acts 24:15) I hope this promise brings you comfort as it does me.
Comment Share
Share via:
L

Posted Jun 24, 2019 at 08:14am
I did not know your loved one, but I am so sorry for your loss. The majority of us are not strangers to loss. Many who have experienced loss find these practical suggestions helpful. Allow yourself time to grieve, talk about your thoughts and feelings, accept help, draw closer to God, visualize the resurrection. Doing these things has given many people, myself included, the strength to go on. My sincere condolences at this difficult time.
Comment Share
Share via:
TG

Posted Jun 23, 2019 at 02:49pm
Julie was a special part of our Krause Family. I will miss and love her forever. Leo, I’m so happy Julie’s life was blessed with you.
Comment Share
Share via:
JP 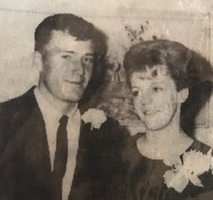 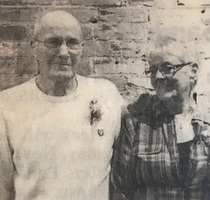