To share your memory on the wall of Kelly Stein, sign in using one of the following options:

Provide comfort for the family of Kelly Stein with a meaningful gesture of sympathy.

Kelly Jon Stein was born May 9, 1962 in Watertown, SD to Louis L. and Amy (Ellyson) Stein. He was raised on the family farm north of Watertown, attended school in Watertown and received his GED in 1980. Kelly worked on the family dairy farm until moving to Watertown where he then was employed by the City of Watertown, Tower Systems and other jobs of construction and labor. When he built and created anything it was quality all the way. He was always a very hard worker at whatever was asked of him.

Kelly was never the quiet one. He was always where the action was. He worked hard and partied hard. The friends he made, of which there were so many, he kept for life. Kelly was a loyal friend who gave so much. He had a great sense of humor and was a delight to his nieces and nephews. He always shared a grin and teasing comments with them.

Later on, Kelly enjoyed raising chickens, ducks, geese, turkeys and hogs for fun on the family farm. He also loved playing with his kitties (kids) on the deck or in the garage. He loved life and lived it to the fullest.

Kelly and Ann Marie Peterson were united in marriage on September 8, 2001. Kelly enjoyed playing games such as chess, cribbage and more recently, Rummy at Cattlemen’s Casino with Barb and whoever else the two card sharks could pull into the game! He also loved bowling and won many trophies over the years. He teamed with family and friends and always kept laughing even when he was having a horrible game.

He was honored to have been an Exalted Ruler at the Elks and considered his fellow Elk members his second family. Kelly helped raise a nice sum of money for their charity by auctioning off a chance to “cut his hair” and said good-bye to his mullet, thank goodness!

Kelly is survived by his beloved wife, Ann, of nearly 18 years; his mother, Amy Frantz; his siblings, Phil Stein of Aberdeen, SD: Steve Stein of Sioux Falls, SD: Diana (Rich) Berry of Brookville, OH: Beth (Kerry) Ascher of Spencer, IN and Chris (Carol) Stein of Watertown, SD; his sister-in-law, Julie Stein of Watertown, SD; many nieces and nephews and great nieces and great nephews; his previous spouses, Audrey Imsland and Deb Berner; and his precious kitties.

He was preceded in death by his father, Louis; and brothers, Roger and Joe.

We encourage you to share your most beloved memories of Kelly here, so that the family and other loved ones can always see it. You can upload cherished photographs, or share your favorite stories, and can even comment on those shared by others.

Posted May 05, 2019 at 09:04pm
So sorry for your loss. Kelly was a great guy and always had something to say to make you smile if you were having a bad day. Got to have a few beers with him over the years and what a crazy guy. He will be missed. Rest in peace Kelly.
Comment Share
Share via:
RR

Posted Apr 29, 2019 at 11:57am
Ann & family, so sorry for your loss. And what a great loss it is. With his disposition who could not like him. We were once neighbors when he moved into the house next store. After we moved away every time we would see him he had a smile on his face and always had something good natured to say! Always brought a smile to my face! R.I.P Kelly And I'll always remember "it's beer o'clock somewhere" Our prayers and thoughts are with you Ann and family...
RR
Comment Share
Share via:
YK

Posted Apr 25, 2019 at 02:58pm
Kelly was a great guy and will be missed! Thoughts and prayers are with his family .
Monte and Yolanda kouf
Comment Share
Share via:
ME

Posted Apr 24, 2019 at 04:34pm
Kelly was a good person. Would have a few with him back in the day. Most of time it was at Terry's Hot Rod. Some times would see Kelly in Fitzy's. Also injoyed working with Kelly out at Medallion Homes
Comment Share
Share via:
JS

Posted Apr 22, 2019 at 10:31pm
Ann and family so sorry for your loss. Thoughts and prayers are going out to you. May God hold you in his arms and comfort you through this hard time.
Comment Share
Share via: 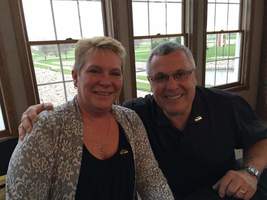 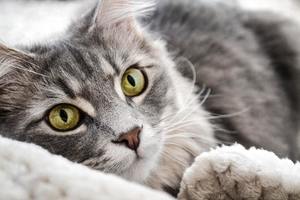