To share your memory on the wall of Lester Heinrich, sign in using one of the following options:

Funeral services will be 2:00 pm, Friday October 16, 2020 at New Life Evangelical Free Church in Watertown; visitation will be on... Read More
Lester “Les” Heinrich, age 75, of Watertown, SD passed away Tuesday, October 6, 2020 at his residence.

Funeral services will be 2:00 pm, Friday October 16, 2020 at New Life Evangelical Free Church in Watertown; visitation will be one hour prior to the service. Hospice chaplain, Jim Shroll will officiate.

Interment will be at Mt. Hope Cemetery.

Lester Heinrich was born May 28, 1945 to Rueben and Alma (Heiser) Heinrich in Campbell County, South Dakota. He graduated from Ipswich High School in 1965. Les moved to Aberdeen and was employed at a sporting goods and gunsmith shop. In 1969, he moved to Watertown and was employed for 30 plus years at a sporting goods store as a gunsmith. Les was a certified gunsmith with both Remington and Winchester. He then worked for ten years at Benchmark Foam. After retiring, he worked part time framing Terry Redlin prints at a local frame shop.

After winning awards for his antler lamps at both the Watertown Winter Farm Show and the South Dakota State Fair he was inspired to begin his own antler art business that took him to various craft and gun shows. His excellent craftsmanship of the antlers is still being enjoyed today by family and friends.

Les was an avid outdoorsman and received many trophies for his archery and skeet competitions.

He preserved many avenues of history in various ways by collecting and gaining so much knowledge visiting with previous generations and then passing it on to the present generation.

He was preceded in death by both his parents; and stepdaughter, Dawn Quenzer.

The family would like to thank the Prairie Lakes Hospice Team for their compassionate care for Lester.

Receive notifications about information and event scheduling for Lester

We encourage you to share your most beloved memories of Lester here, so that the family and other loved ones can always see it. You can upload cherished photographs, or share your favorite stories, and can even comment on those shared by others.

Guaranteed hand delivery by a local florist
ME

Posted Oct 13, 2020 at 11:34pm
So sorry to here this. I remember old Les well. My dad would take me into Roy's Sport Shop when I was a kid quiet often. Les was a great guy and gunsmith. When I was 10 years old Back in 1983 dad bought me my 1st Buck folder knife at Roy's for my B day. I can remember Les engraving my name and year on it. Still have the Knife and when I look at it I always think of my dad. Now Les will be remembered when I look at it also...

Posted Oct 07, 2020 at 06:14pm
Donna, I am so sorry to hear of Les' passing. I pray that he and Ralph are enjoying the "great hunting grounds". May God bring you comfort.
Tammy Kellogg
Comment Share
Share via: 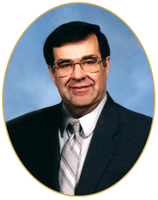 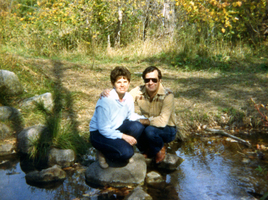 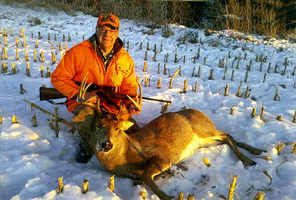 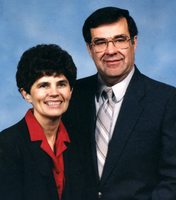