To share your memory on the wall of Lily Namken Meadows, sign in using one of the following options:

Funeral services will be at 1:00 p.m., Thursday, May 30, 2019 at the Wight & Comes Funeral Chapel in Watertown with Pastor Steve Biswell officiating. Judy Everson will be the soloist accompanied by Marcia Jelsma.

Visitation will be from 5-7 p.m. on Wednesday, May 29th at the funeral chapel.

Lily M. Namken, daughter of Alfred and Grace (Alt) Aldrich was born on August 30, 1936 on a farm near Henry, SD. She grew up on the family farm and had polio when she was very young. She attended school in Henry and graduated from Henry High School in 1956 and helped her parents on the farm.

Lily married Merle Namken on April 20, 1958 in Henry and they had two children, Myron and Linda. Lily worked as a cook at Prairie Lakes Care Center (now named Watertown Care & Rehab) and retired in 2001. The couple had celebrated 41 years of marriage at the time Merle passed away on December 18, 1999.

In April of 2009 she married Robert "Bob" Meadows in Watertown.

Lily loved her Cadillac cars and convertibles, her dogs, horses and traveling. She enjoyed being with friends and socializing with most everyone.

Lily is survived by her daughter, Linda Namken of Corpus Christi, TX, and her son Myron (Michaela) Namken of Watertown, SD; 3 grandchildren, Greg, Brittany and Amanda; and three great grandchildren.

She is preceded in death by her parents, her husband, Merle, her second husband, Bob Meadows, and her sister, Hazel Prange.
Read Less

Receive notifications about information and event scheduling for Lily

We encourage you to share your most beloved memories of Lily here, so that the family and other loved ones can always see it. You can upload cherished photographs, or share your favorite stories, and can even comment on those shared by others.

Posted May 28, 2019 at 07:39pm
Myron and all of your family.....I am so sorry to hear of the passing of your dear sweet mom. She was one of the sweetest ladies I had ever met. Always had a smile on her face and she always knew you with a friendly hello. I really liked her and will miss her. She was so kind to everyone. God's Blessings to all of you!!!! Larry and Judy Picht
Comment Share
Share via:
MG

Posted May 28, 2019 at 07:26pm
Myron and Linda - your mom was the sweetest little lady. Loved having her come and visit us while camping.
Comment Share
Share via:

Posted May 28, 2019 at 04:37pm
I will forever be grateful for meeting Lily. I will always remember her smile, her laugh, her pure heart, caring soul and our conversations and the love we had for each other. For the 3+ years I knew Lily, she always had a smile on her face even when she was sad, or hurting. Thank you my Sweet Lily for everything you did and said for me. I love you ! RIP
I am deeply sorry to Myron, Michaela and Linda and rest of Lily's family. Prayers and thoughts are with you guys
Monica Rudebusch from Edgewood
Comment Share
Share via:
RA

I wish to express my sincere sympathy to your family as you mourn the loss of your dear loved one. May you find comfort knowing that, “God is our refuge and strength, a helper that is readily to be found during distresses.” – Psalm 46:1 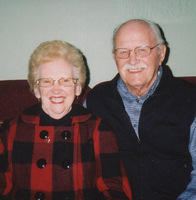 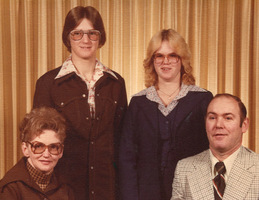