To share your memory on the wall of Loyd Crismon, sign in using one of the following options:

Provide comfort for the family of Loyd Crismon with a meaningful gesture of sympathy.

Funeral services will be held at 11:00 a.m. on Saturday, March 30, at Wight & Comes Funeral Chapel with visitation for one hour prior t... Read More
Loyd E. Crismon, 95, of Watertown, SD, passed away on Tuesday, March 26, at Prairie Lakes Hospital.

Funeral services will be held at 11:00 a.m. on Saturday, March 30, at Wight & Comes Funeral Chapel with visitation for one hour prior to the service. Reverend Paul Kimball will officiate, with music by Burdell Gauger as soloist accompanied by Daniel Tsukamoto.

Note Date: Interment will be held at 2:00 p.m. on Saturday, April 6, at Avon Baptist Cemetery with Military Honors at Avon, SD. Reverend Bill VanGerpen will officiate.

Loyd Eugene Crismon was born on May 29, 1923, to Hosea and Grace (Dodds) Crismon in Dixon, Missouri. After graduating from high school, he served in the U.S. Army Air Corp. He spent two years in the South Pacific during WWII as a member of the 551st Signal Corp. He was honorably discharged in 1946. In 1948, Loyd graduated from the University of Missouri. He received his master’s degree at Northern State University in Aberdeen. He served at various schools as a teacher, administrator and Foster Grandparent until 2010.

In 1965, Loyd married Darlene Johnson of Avon, South Dakota. The couple made their home in Holiday, Florida, from 1970-2002. During this time, he showed his love for Jesus by volunteering as a Sunday School teacher and deacon. Darlene passed away in 2002.

Loyd is survived by children, Craig (Jenny) Crismon and Paula (Gary) Martell of Watertown; and grandchildren, Collin, Evan and Camille of Watertown.

He was preceded in death by his wife, parents, infant daughter and two brothers.
Read Less

We encourage you to share your most beloved memories of Loyd here, so that the family and other loved ones can always see it. You can upload cherished photographs, or share your favorite stories, and can even comment on those shared by others.

Posted Mar 29, 2019 at 04:20pm
Dr. Crismon and Family, prayers to you all as you go through this difficult time. God is with you.
Comment Share
Share via:
HS

Flowers were purchased for the family of Loyd Crismon. Send Flowers 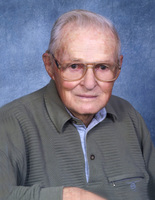