To share your memory on the wall of Lyle R. Norton, sign in using one of the following options:

Provide comfort for the family by sending flowers or planting a tree in memory of Lyle R. Norton

Provide comfort for the family by sending flowers or planting a tree in memory of Lyle R. Norton

Print
*****WEBCASTING IS CURRENTLY AVAILABLE UNDER THE PHOTOS & VIDEOS TAB. SCROLL DOWN AND CLICK ON WEBCASTING****


Lyle Ray Norton, age 69, of Watertown, SD, passed away on March 21, 2020 at his residence after a long bat... Read More
*****WEBCASTING IS CURRENTLY AVAILABLE UNDER THE PHOTOS & VIDEOS TAB. SCROLL DOWN AND CLICK ON WEBCASTING****

Please Note: A full recording of the funeral mass will be posted on www.wightandcomes.com.

Interment will be in St. Mary’s Cemetery, Watertown, SD.

Honorary Pallbearers will be the Employees of Persona, Inc.

In lieu of flowers the family requests memorial be made to The ALS Association MN/ND/SD Chapter
1919 University Ave W, Suite 175, St. Paul, MN 55104 or
http://webmn.alsa.org/site/PageServer?pagename=MN_homepage


Lyle Ray Norton, son of Roy A. and Arlene M. (Kenyon) Norton was born on September 20, 1950 in Clear Lake, SD. He attended school in Gary, SD, graduating from Gary High School in 1968. Lyle went on to attend one year of college at SDSU in Brookings and one year at Western Technical College where he obtained his Electronics Technician degree.

Lyle married Carol M. Theisen on September 14th, 1973 at St. Peter’s Catholic Church in Canby, Minnesota. Lyle began his career working at Esco in 1973. In 1980, Lyle joined Dennis Holien just down the street leading to the creation of Persona, Inc. Lyle was one of the original stockholders. Lyle loved his job and remained at Persona until his retirement in 2015 when Lyle was diagnosed with ALS (Lou Gehrig’s Disease). Lyle was very proud of Persona, its employees and the national stage that the company rose to during and after his tenure there. When Lyle could, he would occasionally visit Persona to see how everything was going and to see old friends and colleagues.

There were many things important to Lyle, but the most important was his family. Lyle always made it a point to take time away from work to make it to his son’s sports, school and church events. Lyle also knew the importance of his wife, Carol, and made sure to make time for her. Lyle’s passion for the outdoors, camping, hunting, fishing and muscle cars were certainly passed down to Brad and Austin. Lyle restored from the ground up for his sons a 1970 Chevelle and a 1969 Camaro (assisted by his friends Brad Rorvick and Skinny).

Lyle’s pride and joy are his two grandchildren Mason and Reagan. Even in the latter stages of Lyles fight with ALS, he would always smile when his grandchildren came to see him. A good morning, a hug, a fist bump and an I love you meant the world to Lyle.

Ready to greet Lyle in heaven are his parents Roy and Arlene Norton, his in-laws Ray and Rita Theisen and brother in-laws Joseph and Ken Theisen.
Read Less

You will receive any future notification messages.
Print
Sometimes extenuating circumstances make it difficult to attend a service. Memorial webcasting gives family and friends the opportunity to view a service live, online, from anywhere.
Watch Webcast
Private Family Services will be held. A recording of the funeral service will be posted.

We encourage you to share your most beloved memories of Lyle R. Norton here, so that the family and other loved ones can always see it. You can upload cherished photographs, or share your favorite stories, and can even comment on those shared by others.

Posted Apr 01, 2020 at 08:08pm
I am so sorry for your loss. Lyle was such a nice guy. I pray you and your family find comfort and peace in your memories. With sympathy,
Linda (Lienhard) Barros

Posted Mar 28, 2020 at 05:24pm
Dear Carol and Family, We are so sorry to hear about Lyle. He was such a nice guy. You have our deepest sympathy. Love, John and Karen Evans
Comment Share
Share via:
MM

Posted Mar 24, 2020 at 11:18pm
Lyle used to stop by our house often when the weather was nice and the Cabin Fever guys were practicing in the garage. He would listen to them practice and talk With them about music and about his boys. Our condolences - I know he will be missed.
Melanie Morrow
Comment Share
Share via:
J

Posted Mar 24, 2020 at 09:33pm
Our deepest Sympathy and Prayer Carol and family. Lyle was a special person his smile was always so special. Bob and Joyce Keimig
Comment Share
Share via:

Posted Mar 24, 2020 at 06:11am
Condolences to Carol, Brad, Austin and their families. Uncle Lyle was such a great family man. I will never forget that he made the trip out to California for my wedding nearly 20 years ago. I wish for him now peace and comfort in Heaven. Kris
Comment Share
Share via: 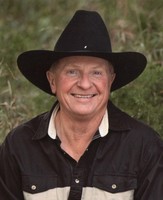 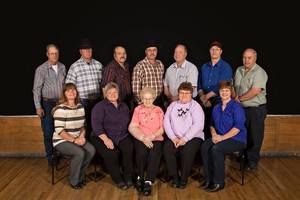 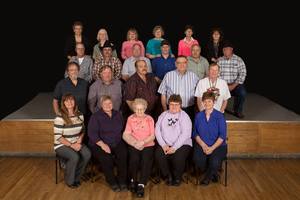 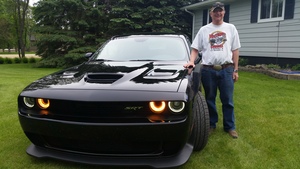