To share your memory on the wall of Lynn Anderson, sign in using one of the following options:

Visitation will be held from 5 to 7 p.m. Wednesday, November 20, 2019 at the New Hope Lutheran Church, rural Hayti. A Celebration of Lynn's life and time of sharing will be held at 7 p.m. with Rev. Randy Eisenbeisz officiating. Burial will be at a later date.

Lynn Allen Anderson was born July 23, 1972 to Arnold and Donna (Namken) Anderson. He was the youngest of 7 children. He grew up on the family farm near Hayti and called it home till his passing day. Lynn graduated from Hamlin High School in 1990 and continued his education at Lake Area Technical Institute in the area of Ag. He continued to work in the Ag industry including Hayti Farmers Elevator, Westcon in Milbank, Scotts Air Ag, Lake Mary Elevator Construction, for his friend Ron Holiday and most recently P3 Electric.

Lynn loved to fish and do his “chores” of feeding his squirrels at his favorite place, the farm. He enjoyed attending auctions and finding antiques, playing cards and providing many laughs for those around him. Lynn was a true people person and could talk the ear off of anyone. Family and friends were his world, especially his daughter Justine.

He is preceded in death by his father, Arnold Anderson, beloved friend Chuck Kasten and infant niece Teresa Anderson.

Lynn’s last wishes were to have his friends and family celebrate his life after his passing and to “have one for him." He will be greatly missed by all that crossed his path.
Read Less

We encourage you to share your most beloved memories of Lynn here, so that the family and other loved ones can always see it. You can upload cherished photographs, or share your favorite stories, and can even comment on those shared by others.

Ethan Johnson, Chad Thue and Family, and others have sent flowers to the family of Lynn Allen Anderson.
Show you care by sending flowers

Chad Thue and Family purchased flowers and planted a memorial tree for the family of Lynn Anderson. Send Flowers

Posted Nov 18, 2019 at 10:12pm
Lynn will always be remembered, his smile and sense of humor will always live on. Many great memories with him and Chuck from our high school days!

Jeffrey Gross and family purchased flowers and planted a memorial tree for the family of Lynn Anderson. Send Flowers

Posted Nov 17, 2019 at 10:46pm
I cannot wrap my head around the fact that Chuck n Lynn are gone. I grew up with both of them. Their names were like One Word. Throughout our K-12 years I hardly remember saying their names separately because they were so inseparable. I knew Lynn since I began kindergarten and we rode the bus together. His nickname was “Smiley” because he was always smiling. I loved to laugh and he was great at bringing laughter to my life when we hung out through our early twenties. I always remember when i would leave his house or take off for home after hanging out he would always say “Great to see you, Be Good” Obviously Lynn had personal struggles in his adulthood but of all the people I’ve met throughout my life, Lynn is one I will never forget and whenever I think of him a Smile comes to my face. I feel so blessed to have been able to get a big hug and smile from Lynn at Arnold’s funeral. RIP Smiley🙏😢. Your Friend, Chad Thue
Comment Share
Share via: 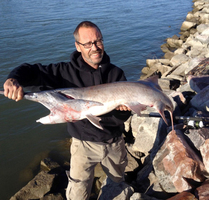 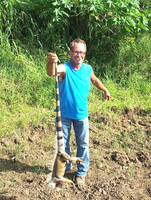