To share your memory on the wall of Margaret \"Peg\" McNulty, sign in using one of the following options:

Peg was born July 21, 1929 to Swen Paul and Hilda Mary (George) Henrickson in Huron, S.D. She
attended school in Huron until the 10th grade, when the family moved to Watertown. She graduated
from Watertown High School in 1947.

Peg married Bernard “Bunny” McNulty on January 26, 1948 in Watertown, where they resided. Peg
worked as the secretary and treasurer for McNulty Construction Company and as the bookkeeper at
The Trading Post. She was elected and re-elected many times as Codington County treasurer serving
for 26 years. She retired in December 1996.

Peg was a lifelong Democrat and proud member of the Codington County Democratic Party. She read
two newspapers daily. She was a cruciverbalist who successfully solved the New York Times crossword
puzzle in ink every day.

A voracious reader, Peg kept a large library at home and enjoyed loaning books to family and friends.
She helped run the Book Bag used book store for several years in Watertown with her daughter
Barbara and granddaughter Andrea. There she meticulously maintained an inventory of thousands of
books, many of which she had read. Customers appreciated her reviews and recommendations.

She was a fiercely determined woman who never backed down from a challenge. Widowed at a young
age, Peg dedicated her life to raising her five children as a single mother. Her sacrifices for and
dedication to her children earned her the respect of all who knew her. She was a strong role model to
her grandchildren and great-grandchildren whom she loved dearly. Her legacy of hard work,
self-sacrifice, and love of laughter and family lives on in those who cherish her memory.

She was preceded in death by her parents; her husband Bernard on September 6, 1964; and her three
sisters, Mary Thompson, Maxine Ekern, and Pauline Lansing.

She loved the Bramble Park Zoo and was a devoted supporter throughout her life. As a founding board
member of the Lake Area Zoological Society, she was instrumental in hiring the current zoo director.
This was one of her proudest accomplishments. She visited the zoo regularly with family members
young and old. Her children commemorated her 80th birthday with a granite bench at the zoo.

We encourage you to share your most beloved memories of Margaret "Peg" McNulty here, so that the family and other loved ones can always see it. You can upload cherished photographs, or share your favorite stories, and can even comment on those shared by others.

Pacey Economics, The Backmans, and other have sent flowers to the family of Margaret "Peg" McNulty.
Show you care by sending flowers

Posted Jan 31, 2019 at 09:32pm
Our thoughts and prayers are with you all during this difficult time.
Never stop believing that your faith, your inner strength and the power of God's love will carry you through. Deepest Sympathy
Comment Share
Share via:
T

Posted Jan 31, 2019 at 11:09am
We will miss grandma Peg. She was always welcoming to our family and like a second grandma to Josh. What a great lady!!!

Posted Jan 30, 2019 at 09:42pm
Dear McNulty family- Just learned of Mrs. McNulty's passing. So sorry for the delay. She was one of our many beloved "moms" growing up on 2nd Street NE and my brothers and sister have many great memories of her and your family. Our prayers to you all with fond memories (including the coolest station wagon on the block!). Sincere regrets- Gary, Bob, Judy and Bill Timmerman
Comment Share
Share via:
C

Posted Jan 29, 2019 at 11:22am
Our thoughts and prayers are with you all and we are so sorry for your loss. May the love & hugs of everyone who is feeling your loss surround and keep you in this time of need & for all the days to come. God Bless. 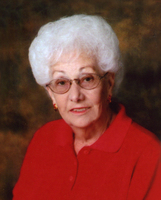 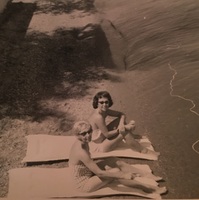