To share your memory on the wall of Marjorie Jackson, sign in using one of the following options:

Provide comfort for the family of Marjorie Jackson with a meaningful gesture of sympathy.

NOTE DATE CHANGES due to weather:

NOTE DATE CHANGES due to weather:

Funeral services will be at 10:30 a.m., WEDNESDAY, JANUARY 1, 2020 at the First United Methodist Church in Watertown with Pastor Marilyn Spurrell officiating. Music by Blair Titze as the organist and Dianne Brandt as soloist.

Interment will be at Lakeview Cemetery in Clear Lake, SD.

Marjorie Renee Jackson was born on September 30, 1933 to William and Mary Brandt in Clear Lake, South Dakota. She passed away on Christmas Day 2019 after a short illness in Durham, NC while visiting her daughter. Marjorie, a Watertown resident since moving there in 1964, spent her early years on her parent’s farm in Havana Township, Deuel County. She attended a country school and graduated from Clear Lake High School in 1951. Marge attended South Dakota State University and subsequently graduated from Northern State in 1955. She made many lifelong friends while teaching in Clark, SD and Madison, MN.

While a student at SDSU, she became reacquainted with her future husband Dr. Carol F. Jackson, whom she married on May 29, 1959. They moved to the Philippine Islands one week later for C.F. to attend veterinary school and spent almost 5 years there. Marjorie taught at the American School in Manila and was able to travel extensively throughout Southeast Asia. Her stories and adventures from this time were wonderfully recalled. Her oldest daughter, Cindy, was born in Pasay City, P.I.

Marjorie and C.F. returned to SD and lived in Watertown for the rest of her life. She was a member of the First United Methodist Church and participated in circle, and the decorating committee. She was especially fond of the quilting group and was responsible for many of the beautiful banners that have decorated the church over the years.

Marjorie was also a long-time 4-H leader in Codington County and continued to teach classes at the Extension Center for many years. She was also active on the food committee for the Watertown Farm Show and served on the Board of the Watertown Art Show. Marge was famous for her fabric crafts including dolls, santas, and other holiday-themed decorations, caramel rolls and her decorating ability. She was forever searching for “treasures” that she could make into lovely centerpieces and decorations. There was almost nothing that she couldn’t create or build. Many have said that her flower gardens should be featured in a magazine and this past summer was no exception.

Although she did not grow up hunting, trapping or fishing, she learned to cook all the wild fish and game that C.F. could bring home, tolerated “dressing” deer in her basement and skinning foxes in her garage. She became a very adept fisherman and pulled in many large walleyes from C.F.’s secret fishing spots.

Marjorie took up quilting in her 50s and her lovely quilts, holiday throws and table runners were generously shared with family and friends. In recent years, she provided many hand-made dolls, toiletry bags and Christmas stockings to the Beacon Center in Watertown. She never wanted to be recognized for her donations but we are sure that there are many women and children in the area who benefited from the lovely handmade items she provided. She also relished teaching others to sew and quilt and taught several students in North Carolina where she spent her winters. She had a new student ready to start in 2020.

She was pre-deceased by her parents, her husband, Dr. C.F. Jackson, brother, Mr. Gene Brandt and grandson, Daniel James Jackson.

Marjorie was a much beloved wife to C.F., mother, mother-in-law, and Grandma Marge. She will be greatly missed by her family and many friends but hers was truly a life well-lived.

Memorials can be directed to the Beacon Center in Watertown or Make-a-Wish Foundation.
Read Less

We encourage you to share your most beloved memories of Marjorie here, so that the family and other loved ones can always see it. You can upload cherished photographs, or share your favorite stories, and can even comment on those shared by others.

Merideth, Mark, Emma, Phoebe, & Stella, Mitch and Teryl Armstrong Family, and others have sent flowers to the family of Marjorie R. "Marge" Jackson.
Show you care by sending flowers

Posted Jan 02, 2020 at 05:59pm
Being a good friend of the Brandt family, I also got to know Aunt Marge and have many fond memories of her and her family. I send my sincere condolences. Dorothy Begalka Lewis
Comment Share
Share via:
MS

Posted Dec 30, 2019 at 12:52pm
Marge was a beautiful soul and we are so blessed to have known her. She was so special and we all will miss her. Love, the Hulbert Tomlinsons

Posted Dec 29, 2019 at 11:45pm
I remember Marge coming to Brents activities, especially basketball.. She was a great lady‼️ The Kranz’s send our sympathy😢
Comment Share
Share via:
MF

Posted Dec 29, 2019 at 08:09pm
Please accept our most heartfelt sympathies for your loss... Our thoughts are with you and your family during this difficult time. 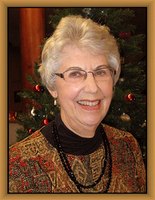