To share your memory on the wall of Martha Johnson, sign in using one of the following options:

Visitation will be from 5-7 p.m., with a scripture service at 7:00 p.m. and a rosary to follow on Tuesday, April 23rd at the Wight & Comes Funeral Chapel in Watertown.

Interment will be at St. Joseph's Catholic Cemetery, Waverly, SD.

Martha Klein Johnson was born April 17, 1916, to William and Caroline (Goebel) Klein who farmed near Waverly. Both were of German descent and the children of pioneers. The youngest of five daughters, Martha began first grade on the first day the Waverly School opened, in 1921, and she completed high school there in 1933.

After graduation she attended Notre Dame Junior College in Mitchell and began teaching in rural schools in Codington County, followed by seven years in the Waverly School and 20 years in the Watertown School system. Martha took correspondence courses and attended summer school at General Beadle Teachers College in Madison and received her degree in elementary education. Her teaching career spanned 40 years and she retired in 1981.

She married Ervin B. Johnson on June 4, 1946, at St. Joseph's Catholic Church in Waverly. The couple farmed near Waverly until 1965, when the family moved to Watertown.

She enjoyed knitting, reading, playing pinochle and following the Minnesota Twins. She loved keeping track of her 6 grandchildren and 15 great-grandchildren.

Martha is survived by her daughter Carolyn and husband Ken Rose of Las Vegas, NV; son James and wife Nancy of Medford, MN, son Paul and wife Bridget of Waverly; 6 grandchildren; and 15 great-grandchildren.

She was preceded in death by her parents, her husband Ervin, and her son Stephen Johnson.

We encourage you to share your most beloved memories of Martha here, so that the family and other loved ones can always see it. You can upload cherished photographs, or share your favorite stories, and can even comment on those shared by others.

Posted Apr 22, 2019 at 09:28am
Martha aka "Mrs. Johnson" was my 4th grade teacher at Roosevelt Elementary in Watertown. I have fond memories of her and our classroom. She was a very special lady! Kathy May-Fryslie
Comment Share
Share via:
HS

Flowers were purchased for the family of Martha Johnson. Send Flowers 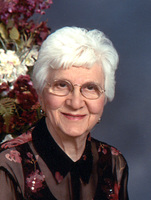