To share your memory on the wall of Martha Tesch, sign in using one of the following options:

Provide comfort for the family of Martha Tesch with a meaningful gesture of sympathy.

Interment will be at Mt. Hope Cemetery, Watertown, SD.

Pallbearers will be Martha's grandchildren.

Martha Susanna Tekrony was born on April 9, 1922 to Anton and Delia (Wiekamp) Tekrony in rural Hamlin County, SD. She was baptized and confirmed at Bemis Christian Reformed Church. She grew up on the family farm and was the 5th oldest of 11 children. Martha attended Hamlin District 1 country school until the eighth grade. She moved to Watertown and worked at Hunter's Grocery store on west Kemp.

On October 21, 1942 Martha married John David Tesch at St. Peter's Lutheran Church in Goodwin, SD. Martha was a dedicated farm wife and homemaker. Together the couple raised three children. Her beloved husband, John passed away in 1978.

Martha was a member of St. Martin's Lutheran Church. She had a kind heart and believed in honesty and her strong faith in God.

She loved to grow large vegetable and flower gardens. Martha was an excellent cook, baker and provider for her family. You never left her home hungry. She enjoyed bowling, golfing and playing cards. Time spent with her family was very important to her.

Memorials may be given in Martha's memory to St. Martin's School.

We encourage you to share your most beloved memories of Martha here, so that the family and other loved ones can always see it. You can upload cherished photographs, or share your favorite stories, and can even comment on those shared by others.

Mike and Julie Strandell and family sent flowers to the family of Martha Suzannah Tesch.
Show you care by sending flowers

Mike and Julie Strandell and family

Mike and Julie Strandell and family purchased flowers and planted a memorial tree for the family of Martha Tesch. Send Flowers 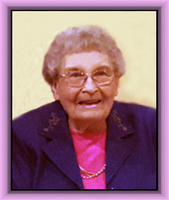 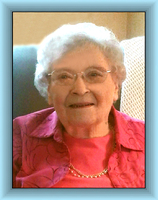