To share your memory on the wall of Martin Eide, sign in using one of the following options:

Provide comfort for the family of Martin Eide with a meaningful gesture of sympathy.

Print
Martin A. Eide, age 69, of Watertown, SD, passed away on Wednesday, April 24, 2019 at Sanford Hospital in Sioux Falls.

Memorial services will be at 11:00 a.m., Saturday, May 4, 2019 at the Grace Lutheran Church in Watertown with Pastor Jerod Jordon officiating.

Visitation will be from 4-7 p.m., Friday, May 3rd at the Wight & Comes Funeral Chapel in Watertown.
Urn bearers will be Chad Eide, Larry Shepherd, Jason Williams and Allen Williams. Military honors will be conducted by Vietnam Veterans of America of Northeast SD Chapter 1054 and The US Air Force Funeral Honors Team.

Martin Albert Eide was born on June 17, 1949 to Orville and Edith (Hammer) Eide in Madison, SD. He grew up around Oldham, Erwin and Bryant, SD communities and graduated from Bryant High School in 1967. Martin enlisted in the United States Air Force where he proudly served from 1968-1972. Bases he served were located in TX, CO, CA, U-Tapao, Thailand, and Maine.

Upon his discharge he moved to Watertown and started his employment at Minnesota Rubber Co in Watertown. This employment would last for 42 years before the company closed when he took early retirement.

Martin married Jeanine Johnson on February 26, 1977 at the Grace Lutheran Church in Watertown.

Martin was a very family oriented man, whether it be immediate, extended or friends. He was an avid car enthusiast and jokester. He was always up for a good laugh and doing so with a special twinkle in his eye. Martin was always showing love to his wife, children, their spouses and grandchildren.

He was a retired member of IAM National Rubber Workers Union, and American Legion for 15 plus years.

He was preceded in death by his grandparents, parents, and other loved family members.

We encourage you to share your most beloved memories of Martin here, so that the family and other loved ones can always see it. You can upload cherished photographs, or share your favorite stories, and can even comment on those shared by others.

The DeWall's and Al and Peggi Wudel have sent flowers to the family of Martin Eide.
Show you care by sending flowers

Posted May 05, 2019 at 05:44pm
Thoughts and Prayers to Martin's Family, I always enjoyed sharing stories and recipes with Martin, He made the best goodies at Christmas ! He will never be forgotten. RIP Martin Lori Hosmer
Comment Share
Share via:
TD

Posted May 03, 2019 at 07:17am
Wishing you peace to bring comfort, courage to face the days ahead and loving memories to forever hold in your hearts.

The DeWall's purchased flowers for the family of Martin Eide. Send Flowers

Posted Apr 30, 2019 at 01:18pm
We are thinking of you all during this difficult time! Many prayers during the difficult days that lie ahead.
Comment Share
Share via:
DB

Posted Apr 29, 2019 at 05:30pm
Please accept our most heartfelt sympathies for your loss... Our thoughts are with you and your family during this difficult time.

Al and Peggi Wudel purchased the The FTD Comfort Planter for the family of Martin Eide. Send Flowers 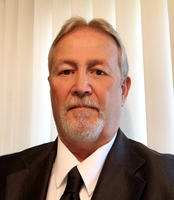 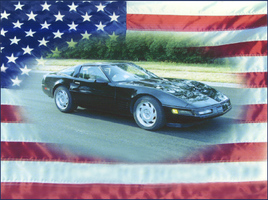