To share your memory on the wall of Mary Swanson, sign in using one of the following options:

Print
Mary Swanson, age 78, of Watertown, SD passed away Monday, August 3, 2020 at the Estelline Nursing & Care Center. There will be no services for Mary. Interment will be at Hills of Rest Cemetery in Sioux Falls at later date.

Nancy Mar... Read More
Mary Swanson, age 78, of Watertown, SD passed away Monday, August 3, 2020 at the Estelline Nursing & Care Center. There will be no services for Mary. Interment will be at Hills of Rest Cemetery in Sioux Falls at later date.

Nancy Mary Swanson was born on January 15, 1942 to John and Marian (Jackson) Yaeger at Shelby, Michigan. She grew up on a farm and one of her favorite things to do was pick strawberries. After Mary graduated, she moved to California and attended California State University where she earned her Bachelor’s Degree in teaching, and in 1991 earned her Bachelor of Arts in Secondary Education from Idaho State University. She also achieved her Master’s Degree and went overseas to teach English. Mary taught in South Korea, China and Cambodia. Her favorite teaching position was in South Korea as she “made the most money there”!

Mary met her future husband, David while he was fixing her record player. He asked her to a movie and “the rest is history”. They enjoyed riding his motorcycle “all over”. The couple was married for 13 years before David died in 1994.

Mary retired a few years ago.

Mary moved to Watertown, South Dakota and was considering becoming a nun. She lived at the Mother of God Monastery as a Lay Associate for nine months in 2001 but then decided not to go ahead with that. She then got her own apartment in Watertown and traveled around South Dakota. Mary was diagnosed with breast cancer in September 2019 and then didn’t venture far from home.

Mary loved her Catholic faith which was very important to her. She was a Benedictine Oblate of Mother of God Monastery in Watertown.

She enjoyed reading mysteries and romance novels, and collecting ‘pop-up’ cards! A good day for Mary was reading a good book with a glass of grape juice!

Mary had two brothers. One died in a car accident and the other lives in Alaska.

Mary is survived by her friends at Mother of God Monastery in Watertown.

Receive notifications about information and event scheduling for Mary

Print
There will be no services per Mary's wishes.

We encourage you to share your most beloved memories of Mary here, so that the family and other loved ones can always see it. You can upload cherished photographs, or share your favorite stories, and can even comment on those shared by others. 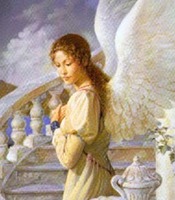